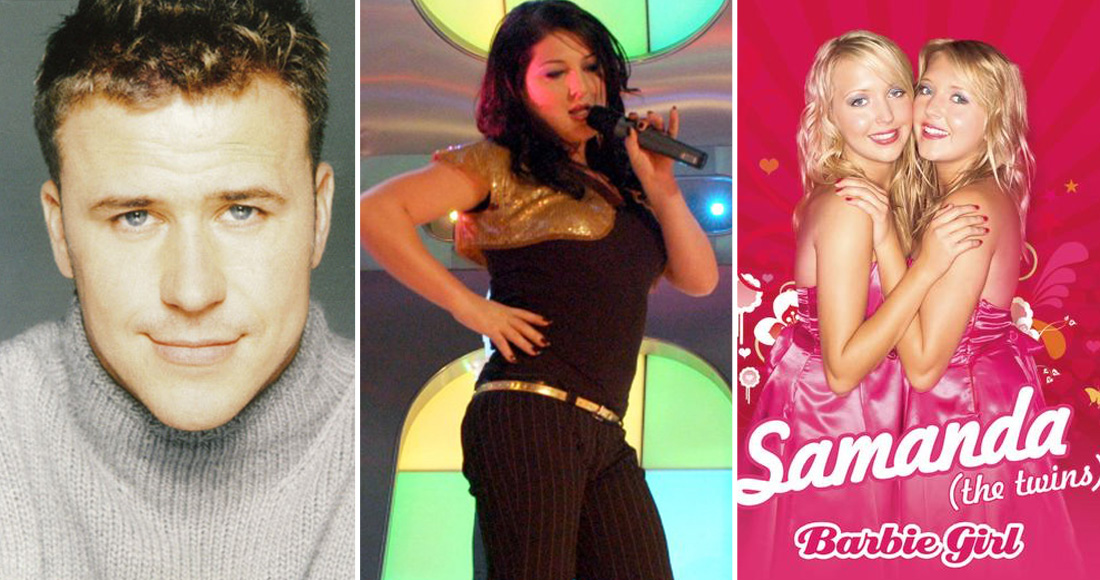 Big Brother created some major household name reality stars during its run, some of whom even had a crack at a music career, with mixed results.

To celebrate BBUK returning to the Channel 4 umbrella for E4's Big Brother: Best Shows Ever, we're looking back at the biggest tracks that were released by former housemates. Seven songs related to the show (excluding Celebrity Big Brother) have entered the Official Singles Chart Top 100 - and the highest charting isn't even by a contestant.

The show's iconic theme music was released by Element Four, aka hit producers Paul Oakenfold and Andy Gray. Made exclusively for the show, the song, simply titled Big Brother UK TV Theme, was put out as a single after the success of the first series in 2000. It debuted at Number 4, selling 47,186 CD singles in its first week, before going on to spend 16 weeks on chart. In the 20 years since its release, it has sold 164,000 copies, and has no additional download or streaming sales as it is not available digitally.

The most popular song from a contestant belongs to Series One winner Craig Phillips, who reportedly signed a FIVE ALBUM DEAL with Warner after he won. Sadly, we were robbed of all of them as none materialised, but we did get a Christmas charity single. So famous after his win that he could release a single under a mononym like Cher or Madonna, Craig released At This Time of Year in December 2000, peaking at Number 14.

The first Big Brother contestants to enter the house as a duo, identical twins Samantha and Amanda Marchant - aka Samanda - were runners-up of the eighth series in 2007, becoming the only housemate to reach the final without a single nomination. Iconic.

After leaving the compound, the sisters were snapped up by Sony Music to release a cover of Aqua's Barbie Girl in October 2007, which topped out at Number 26. Ken was voiced by a robot in the song, for some reason. Follow-up Honey Love, a reworking of Donnie Osmond's Puppy Love featuring the Honey Monster of Sugar Puffs cereal (yes really!) limped to Number 125 in 2008. Some of you are still loving Samanda - seven people in the UK have downloaded Barbie Girl in 2020.

Just like Craig, another winner that went into music and dropped their surname was Big Brother 5 champion Nadia Almada. Her first - and last - single, A Little Bit Of Action, brought a Latin flavour to the Top 40 in December 2004, reaching Number 27. She even performed the song (about getting a "piece of ass") on children's TV show Ministry of Mayhem...

From the same series as Samanda, Chanelle Hayes (who held onto her surname) couldn't quite reach the Top 40, but her sultry single I Want It, featuring some Britney Slave 4 U-style panting did manage to chart, spending a week in the Top 100 at 67. Fess up, who was the one person who lockdown purchased this as a download in April?

Series 1's Nichola Holt tried her hand at trance music after her Big Brother experience with 2000's The Game. All about her time in the famous house, she launched the cyber single by performing at HMV on London's Oxford Street, cutting the ribbon on their high street sale. Not many shoppers picked up a copy sadly as The Game peaked at Number 72.