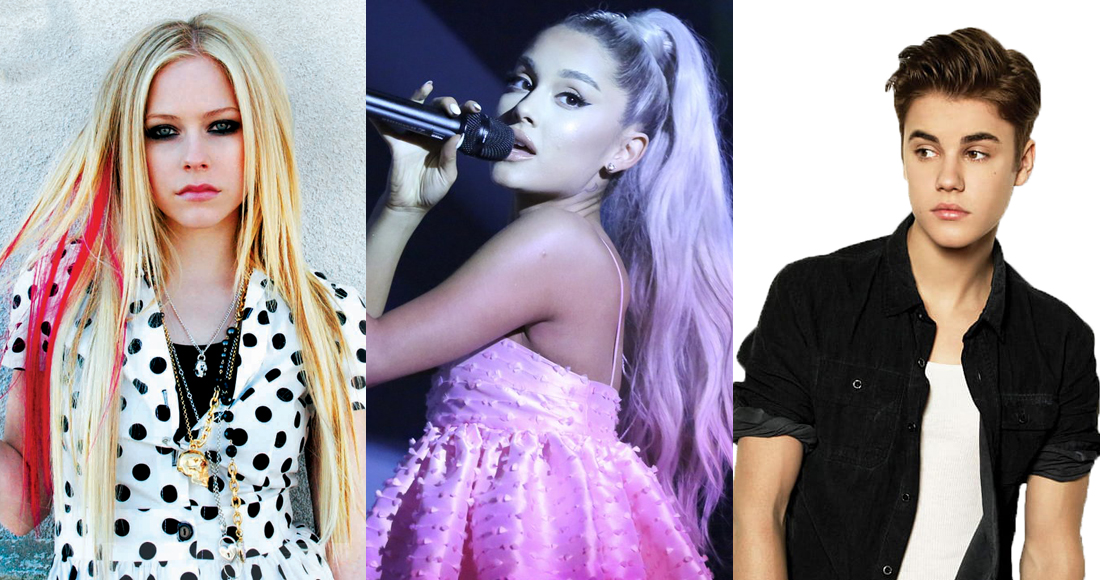 Whether it's breaking up or making up, most chart hits concern themselves with L-O-V-E. And if you're going to talk about love, you need to involve someone else – it takes two, baby. Or more, if you like.

With Ariana Grande and Social House's Boyfriend making a big impression on the Official Singles Chart this week, we looked back into the archive to find other hits that gave a shout out to their boo – for better or worse. Can a boyfriend or a girlfriend take you all the way to the top of the charts?

21 years ago, before she added the 'Piper' to her name and started TARDIS-hopping, Billie celebrated her second straight Number 1 with the cute, and very of its time, Girlfriend. The follow-up to her record-breaking Because We Want To – which had made Billie the youngest female artist to score a Number 1 – this was the first tune with the word 'girlfriend' in the title to hit the top. Seems unlikely, but it's true. And it took a woman to make it so – maybe there's something in that old 'men are scared of commitment' stereotype, eh? While Billie's girlfriend song was more of an optimistic enquiry that her crush didn't have one, the next one to hit Number 1 had a very different angle.

Yes, funnily enough, the next song to reach the top and feature a 'girlfriend' was also by a woman. In this case, Ariana also takes an interest in a crush and gets rather, um, frustrated that he has a girlfriend. Even worse, Ariana hasn't actually met the guy, she's just admiring from afar. Ah, we've all been there. The fabulously titled Break Up With Your Girlfriend, I'm Bored (now that is a mood) was Number 1 for a week in early 2019, and Ariana knocked herself off the top, claiming her third straight chart-topper from her album Thank U, Next.

No boyfriend songs have ever topped the Official Singles Chart, but closest was a pre-tattoos Justin Bieber, back before his adorable floppy fringe ever knew peroxide. Boyfriend saw poor Justin pleading to his crush (see the common theme here) that he'd be a great boyfriend, deploying unusual wooing techniques such as promises of fondue (dipping things in melted chocolate or cheese, nice) and a spot of role play as Toy Story hero Buzz Lightyear. Sadly, Justin's tune peaked at 2 in April 2012, kept off the top spot by fellow Canadian (and his own label signing) Carly Rae Jepsen, with Call Me Maybe. Justin has the honour of being the only song with boyfriend in the title to go Top 10. 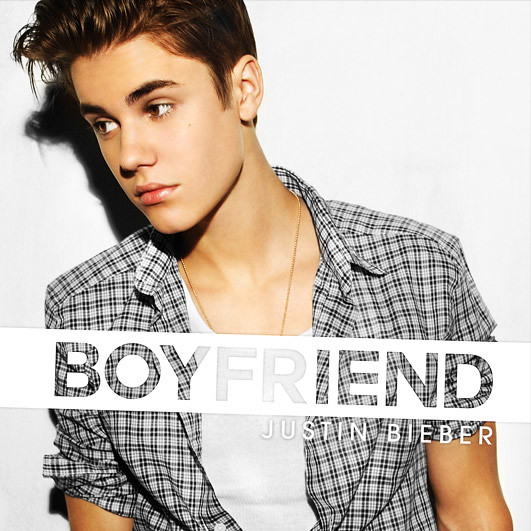 Why have one when you can have both? Blackstreet teamed up with Janet on Girlfriend/Boyfriend in 1999, but this wasn't a love story. Each took a verse to explain they they were, in fact, sick to the back teeth of their significant other, who had a habit of phoning them up at the least convenient moments – usually when they were getting intimate with someone else, by the sound of it. It was an absolute banger, but sadly stalled at Number 11. See all songs that peaked at Number 11, ever

OK, finally some guys talking about their girlfriend – well, a potential girlfriend. American boyband *NSYNC (or 'N Sync or NSync, please choose your preferred styling), which included Justin Timberlake of course, just missed the top spot in early 2002 with their Girlfriend, despite some help from a guest spot from rapper Nelly. The theme here was trying to convince a lady her actual, current boyfriend was a loser and that she should hook up with one (or indeed all, it was never made clear) of *NSync instead. It was *NSync's highest charting UK single and also their last – solo careers soon came a-calling for Justin and JC.

On a very similar theme, but somewhat more explicit, was Avril Lavigne's boisterous character assassination of her crush's Girlfriend – lots of pining after unavailable men and women going on here, isn't there? In the amazing and hilarious  video, Avril took on a slew of personas to demonstrate just how useless this poor unfortunate girlfriend was, including some acts of sabotage. Peaking at 2 in 2007 – behind a Proclaimers' re-release of (I'm Gonna Be) 500 Miles for Comic Relief – Girlfriend is Avril's top-selling song in the UK. See Avril Lavigne's Official Top 10 biggest songs

The Danish pop band had a clutch of hits from 2008, and slap in the middle of that run came Boyfriend. A tale of true devotion with, I must say, a slightly threatening undercurrent – "don't you touch my boyfriend, he's mine" – Boyfriend peaked at 15 in 2008. After splitting in 2013, the band reformed earlier this year – read our reunion interview with Alphabeat. 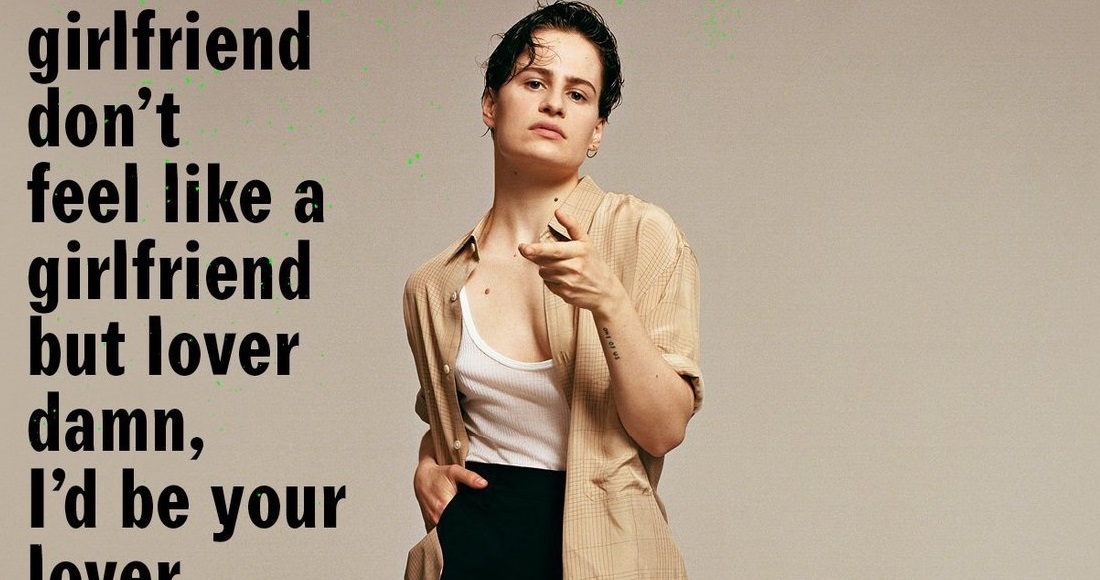 The trouble with being, or having, a girlfriend is that eventually you might lose your other half to someone else. After perfecting disco-angst on the Top 10 hit Dancing on my Own in 2010, Swedish popstar Robyn presented us with a kind of sequel, telling the story from the other side. On Call Your Girlfriend, Robyn played the other women, explaining to her new love that it was time to pick up the phone and… well, essentially RUIN their life by breaking up with them. Savage. 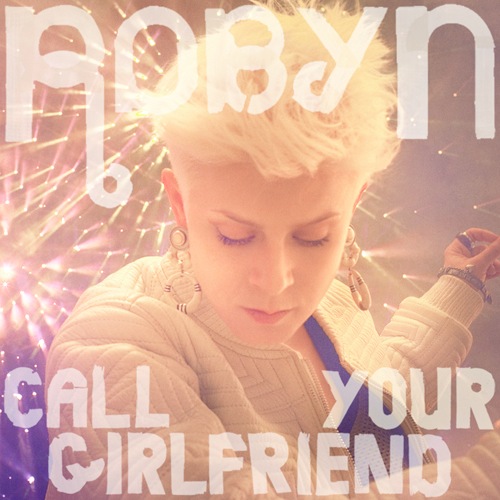 It's worth remembering that in the US, a girlfriend isn't necessarily a romantic connection – it's another name for a female friend of another woman (men don't call each other boyfriends for very complicated, very tiring, masculinity-led reasons). On If I Was Your Girlfriend, Prince speaks of the jealousy felt by an actual romantic boyfriend over the close relationship between his partner and her (platonic) girlfriends and all the things he could do if he were one of them – including washing her hair and picking out her clothes, before graduating to more, um, intimate activities. It was a Number 20 hit in 1987.

First person to have a Top 10 hit with a boyfriend or girlfriend song was Pebbles, with Girlfriend, in 1988, where she gives some sisterly advice to a pal who is being wronged by her man. It was her only Top 40 hit in the UK, but she did go on to manage TLC for a while in their early days and… let's just say that relationship didn't end in a very sisterly manner, but a court case.

See every song featuring the words 'boyfriend' or 'girlfriend' to reach the Top 100 in our archive.

Want more boyfriends and girlfriends in your ears? Good news: there's a playlist on Spotify and Deezer.