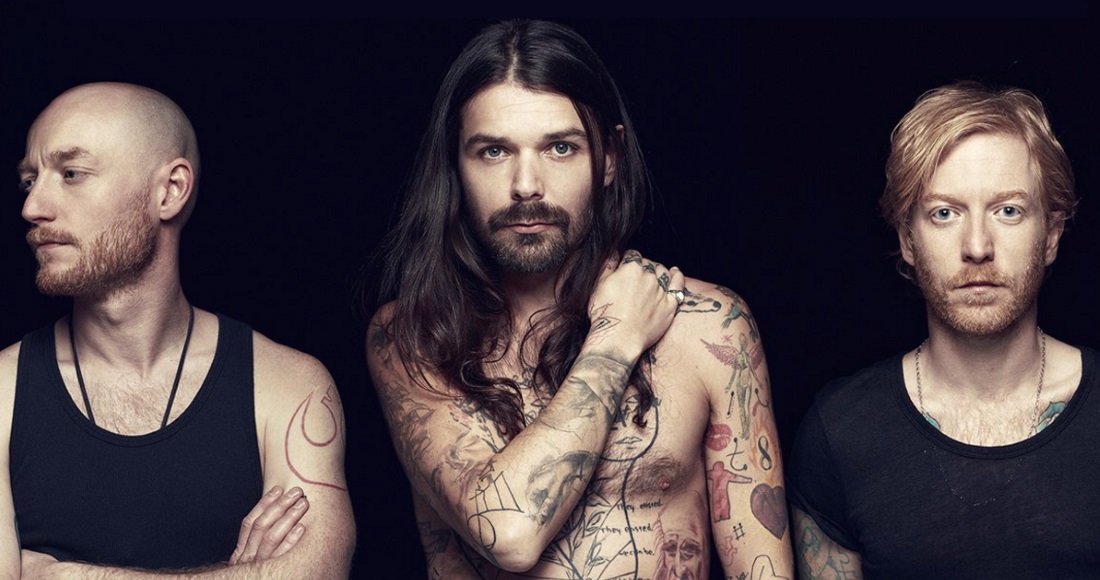 Biffy Clyro have hit the top of the Official Albums Chart for the second time in their careers.

The Glastonbury effect continues to linger in the rest of the Top 5, with Adele's 25 at 2, Coldplay's A Head Full of Dreams at 4 and ELO's All Over The World at 5. Slotted between the Glasto gold is Drake's Views, which rises three places to Number 3.

Another five albums are new entries on this week's chart, including the long awaited sophomore album from The Avalanches; Wildflower is new at 10. Shura lands at 13 with her debut album Nothing's Real, slightly ahead of Aphex Twin who settles for 14 with his new EP Cheetah.

Lawson's second studio album Perspective is a new entry at 23, The 1975's former chart topper I Like It When You Sleep... climbs eight spots to 25 and is closely followed by this week's highest climber - Fleetwood Mac's Rumours, up 44 to this week's 26. Rumours is currently on promotion in over 600 selected retailers as one of the 60 biggest selling albums of all time in the UK.

Carole King's Tapestry also rises (by four places to 28) following her British Summertime gig at Hyde Park, another of the UK’s biggest ever sellers Amy Winehouse's Back to Black vaults 23 positions to Number 30 and finally, ScHoolBoy Q's Blank Face LP is new at 36.