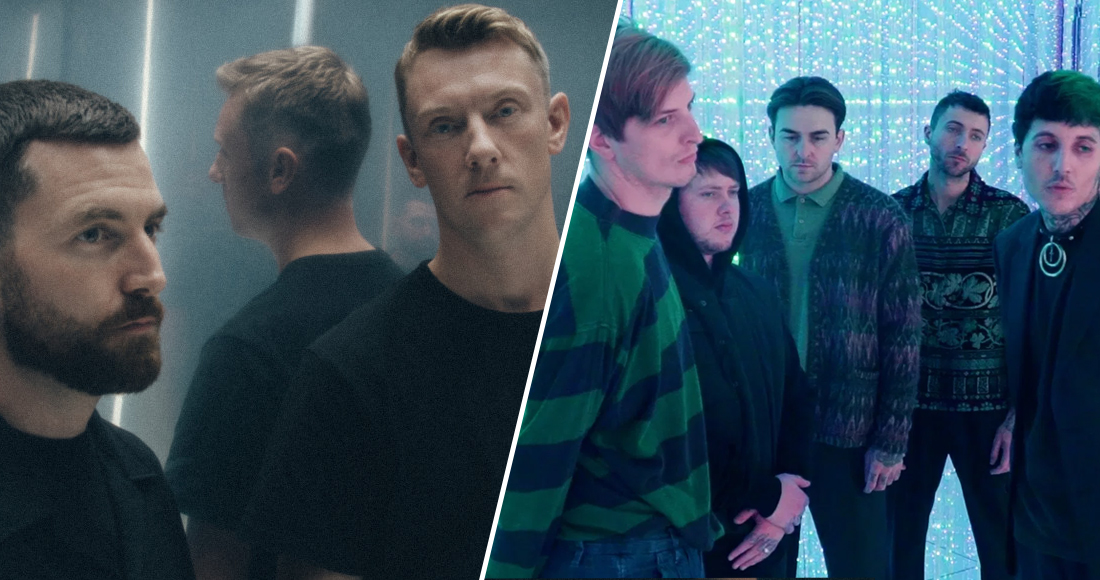 Bicep and Bring Me The Horizon are locked in a tight battle for Number 1 on this week’s Official Albums Chart with their respective collections Isles and Post Human: Survival Horror.

Just 103 chart sales separate the Northern Irish electronic duo and Sheffield rock giants on today’s Official Chart Update, with this week’s race for the top spot sure to go down to the wire.

The second studio album from Bicep – aka Andrew Ferguson and Matthew McBriar – Isles has scored the most downloads over the weekend and is the most-streamed new release of the week so far, putting the pair well on their way to a new personal best on the Official Chart this week. The pair’s self-titled debut album peaked at Number 20 in September 2017.

Bring Me The Horizon are narrowly behind at Number 2 with their apocalyptic EP Post Human: Survival Horror. The set charted at Number 5 upon its digital release last October with the CD, cassette and vinyl rollout potentially about to deliver the album a new peak position. Post Human has racked up the most physical sales so far this week. Their last album, Amo, went all the way to Number 1 in 2019 - could they nudge ahead and claim their second chart topper this week? See Bring Me The Horizon’s chart history.

Following his 80th birthday this past weekend and BBC special honouring the occasion, Neil Diamond’s All-Time Greatest Hits is set to return to the Top 40. Currently at Number 4, the retrospective topped out at Number 25 in 2015.

Acoustic album Under A Mediterranean Sky from blues guitarist Steve Hackett is at Number 7 midweek, and a vinyl reissue of David Bowie’s 1975 album Station To Station is spurring it back into the Top 10 at Number 8. Norwegian folk group Wardruna could enter the Official Albums Chart for the very first time, presently at Number 10 with their fifth album Kvitravn.

Finally, a third successive Top 40 album could be on the cards for both Cambridge alt-rock group Lonely The Brave with The Hope List (20) and Australian-American rock band The Dead Daisies with Holy Ground (36).