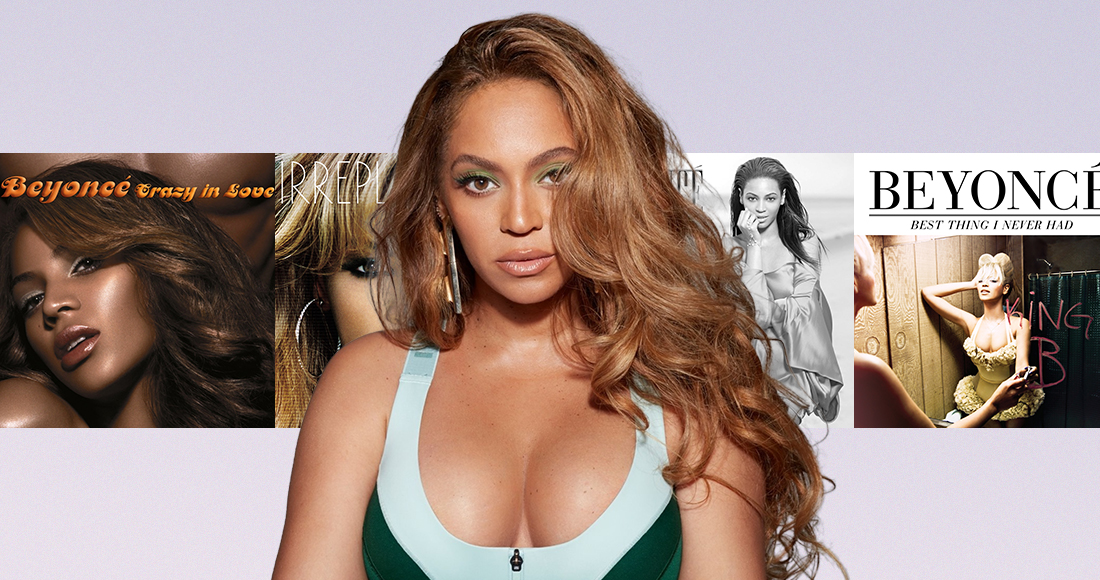 Beyoncé is, and always will be, the definition of a superstar.

Seemingly manifesting greatness from the moment she first stepped out as a member of Destiny's Child, Beyoncé's dedication to her craft has seen her live many different creative lives, emerging out of the last decade as one of the most vindicated and celebrated performers of her generation.

Her music backs up; across six (soon to be seven) solo studio albums, one curated soundtrack and a collaboration with husband Jay Z, Beyoncé has explored every facet of modern-pop music possible; from irresistible soul-fused R&B (Countdown), wistful synth-pop (XO) and politically-charged hip-hop anthems (Formation).

Across her career, Beyoncé has achieved 35 Top 40 singles including five UK Number 1s; Crazy In Love and Deja Vu, both with Jay Z, Beautiful Liar with Shakira, If I Were A Boy, and Telephone with Lady Gaga. Now a new era is upon us - with the release of Queen Bey's upcoming seventh album Renaissance, and its dance-infused lead single Break My Soul. 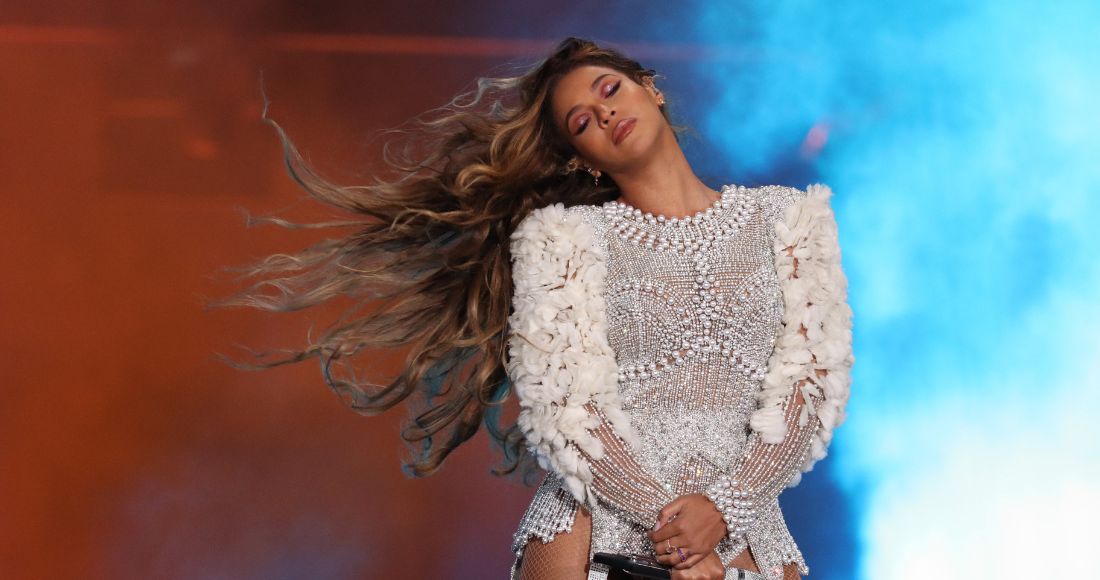 Today, the Official Charts Company is happy to present Beyoncé's updated Official Top 40 biggest songs in the UK, to celebrate the release of Break My Soul.

Before we reveal the Top 40 in full, however, here's a closer look at the Top 5:

To the left, to the left! The biggest hit from Beyoncé's sophomore record B'Day, Irreplaceable was co-written by Ne-Yo and has since served as a handy starting point for anyone ever wanting to move their ex's stuff out of their house. It's Bey's fourth most-streamed song in the UK overall - with plays in excess of 94 million.

2008 was a big year for Beyoncé, who launched her ambitious third album I Am...Sasha Fierce with two double-A side singles, to reflect the duality of its parents album (split between Bey and her fiery alter-ego Sasha). Single Ladies' success is hinged on its unbelievably simple premise, and several easy to follow dance routines (you've done the hand wiggle in the club before, don't lie). With 1.4 million chart sales and counting to its name, this emancipation anthem is Bey's fourth most popular in the UK.

The demure mirror reflection of Single Ladies, If I Were A Boy sees Beyoncé firmly in mid-tempo ballad mode. Her fourth UK Number 1 single, If I Were A Boy is the only chart-topper from Bey with a solo credit. It has 1.5 million combined chart sales to its name, as well as 81 million streams. It's also Beyoncé's biggest-seller on digital downloads, with 815,000 units.

Now this is how you kickstart a solo career (for those of you screaming that Work It Out is Beyoncé's actual debut single...not now). Channelling boundless energy and a spring in her step, Beyoncé made it clear from the off - she was a superstar pop artist, and deserved to be treated as such. Hooking up with future husband Jay Z, Crazy In Love set a frantic template that many other artist try, and fail, to emulate today.

Crazy In Love is Beyoncé's second-biggest single in the UK; with over 1.9 million chart sales to its name - including 267,000 physical copies - and a mammoth 146 million streams. Now, everyone: uh-oh-uh-oh....

If you've ever been lucky enough to attend a Beyoncé concert, you'll know Bey loves to end on this emotional semi-ballad co-written by Ryan Tedder, the emotional centrepiece of I Am....Sasha Fierce.

So it's no surprise that the roadblock that is Halo is officially Beyoncé's official biggest song in the UK. It trumps its nearest competition, with over 2.1 million chart sales to its name, and the most streams of any Beyoncé track - an amazing 168 million. The only surprising fact? It never got to Number 1, having to settle instead for Number 4.