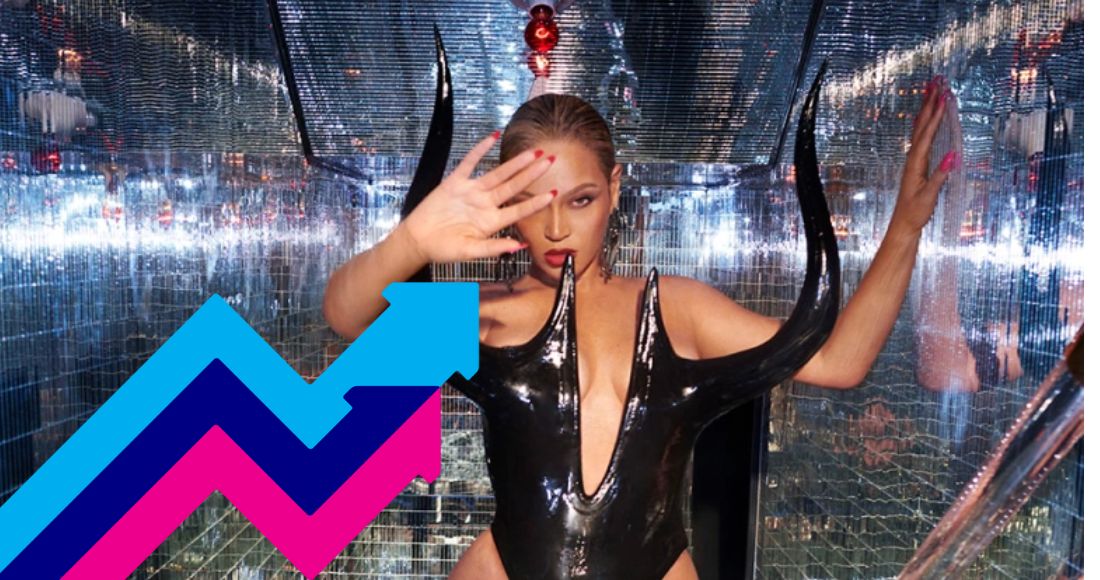 Beyoncé has cuffed herself to Number 1 on the Official Trending Chart today, and she's throwing away the key.

Thanks to a big new viral trend involving the song, the RENAISSANCE cut is currently soaring up the Official Singles Chart.

Reaching a new peak of Number 14 last week, CUFF IT all looks set to enter the Top 10 on Friday. It would be Bey's 21st Top 10 single, and her second of the year, following handbag house banger BREAK MY SOUL.

We only have one other thing to add...where are those music videos, hun?!

Elsewhere on the Trending Chart this week, Arctic Monkeys gain this week's highest new entry with new single Body Paint, while the launch single of forthcoming album The Car, There Must Be A Mirrorball, is this week's biggest gainer, shuffling up more than 20 places. It could break back into the Top 40 this week, having already peaked at Number 26.

KSI is another new entry with his surprise drop Summer Is Over, as are Paramore with their Talking Heads-esque comeback rammer, This Is Why.

Further down, we also have two  new entries from Peckham rapper K-Trap (Extra Sleeve and Warm) and a slick new pop anthem in the making from Tate McRae (Uh Oh).

And finally, Sigala, David Guetta and Eurovision hero Sam Ryder float up more than 10 places with their dance banger Living Without You.