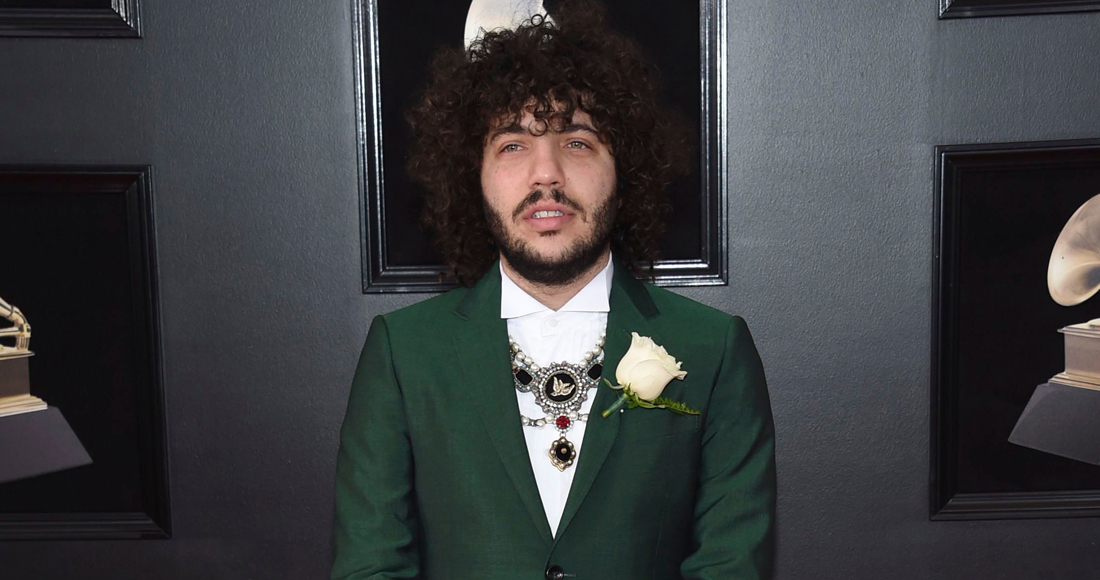 The US producer's debut single climbs 3 to 1 for its seventh week on the chart with combined sales just shy of 50,000, including 5.8 million streams.

Benny is no stranger to the top of the charts, having co-written or produced 12 UK Number 1 singles, including Justin Bieber's Love Yourself, Katy Perry's I Kissed A Girl and Rihanna's Diamonds. Read up of Benny's most successful productions here.

Watch Benny and his dog Larry celebrate the news below:

Chicago rapper Juice Wrld lands his first UK Top 10 with Lucid Dreams, lifting one slot to 10 for its 14th week on the chart, and hovering just outside the Top 10 is Jess Glynne's All I Am, up four spots to 12.

South Korean boy band sensation BTS claim this week's highest new entry with Idol at Number 21 - the first ever song by a  K-pop group to enter the UK Top 40. More on that here.

Further down, there are big climbers for Panic At The Disco's High Hopes, up nine to 25, Hardy Caprio's Best Life ft. One Acen jumps six spots to 26, and singer-songwriter Freya Ridings enters the Top 40 with Lost Without You, rising seven places to 36.

Finally, viral smash Baby Shark swims into the Top 40 for the first time, snapping up 28 places to Number 37.