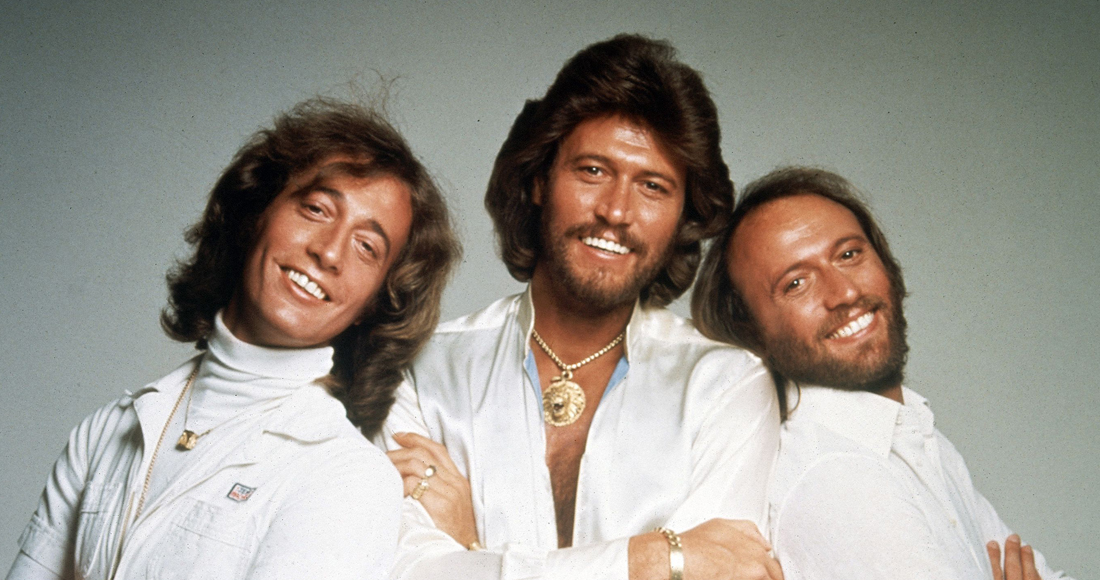 Barry Gibb's new album, a collection of country reinterpretations of Bee Gees' biggest hits titled Greenfields, is the latest chapter in the brothers' hugely successful career that spans over 50 years and 31 Top 40 singles.

As Gibb's latest collection - the first of what he's hopes to be a trilogy of releases - heads for Number 1 on the Official UK Albums Chart, we're revealing which of the Bee Gees' hits stand up in the streaming age. The full Top 20 appears at the bottom of the page, but first, here's a closer look at the Top 10.

By the time Bee Gees released hook-laden Tragedy they had been regulars at the top end of the Official Singles Chart for well over a decade. The track became their fourth UK Number 1 and was also a chart-topper in America, where it knocked I Will Survive by Gloria Gaynor off Number 1. 20 years after its release, Tragedy landed at the summit once again thanks to Steps.

The lead single from their 1975 album Main Course (and later featured on the 1977 Saturday Night Fever soundtrack), Jive Talkin' was seen as somewhat of a comeback for the group after a three-year absence from the charts. The track was originally titled Drive Talking, inspired by the sound rhythm made by their car.

The group's first UK Number 1 was originally written with Australian group The Seekers in mind. Despite having never set foot in Massachusetts, the track was their first global hit - and has the small claim to fame as the second song ever played on BBC Radio 1 following its launch that year.

The group's second single was a minor hit in the UK, but it success has endured over the years and remains one of the most popular songs of the 1960s - covered by everyone from Nina Simone and Janis Joplin to Rod Stewart and Michael Buble. In a 2017 interview, Barry Gibb said it was his favourite song he'd written for its clear and emotional message.

Credited as the song that launched the Bee Gees into disco, You Should Be Dancing saw Barry Gibb delivering the song in what would become his trademark falsetto. The track featured on their Children Of The World album, and the Saturday Night Fever soundtrack a year later.

After going seven years without a hit single, the Bee Gees made a glorious comeback in 1987 with You Win Again. The defiant, drum-led anthem landed at Number 1, their fifth in the UK, making them the first group to claim a chart-topping single in three consecutive decades: the '60s, '70s and '80s.

MORE: The UK's Official best-selling singles of all time

Written for the Saturday Night Fever soundtrack, More Than A Woman was only released in a few territories, not including in the UK or US. Regardless, it's among their most popular songs - and was a staple of the group's live sets until Maurice's death in 2003. In 1998 the song was covered by another all-male trio, boyband 911, who took it to Number 2.

The Saturday Night Fever track became the trio's third UK Number 1, spending two weeks at the top, while in America is logged over two months at the summit.

Another Saturday Night Fever cut, the wistful How Deep Is Your Love set a record in America for holding in the Top 10 for 17 weeks. In 1996 it was covered by Take That for their greatest hits album, sending it to Number 1 for three weeks.

The opening song of Saturday Night Fever holds up as the Bee Gees most popular hit in the UK, with more than double the streams of How Deep Is Your Love. The group had mixed feelings about its success; on the one hand it brought them global fame, reaching Number 4 in the UK, but it also pigeonholed them as a disco act.

In 1995, electronic group N-Trance took the song to even greater chart heights, reaching Number 2 with their old-school hip-hop interpretation. Adding to the song's legacy, it's used in medical training as the beat provides the correct number of chest compressions per minute while performing CPR, while last year it re-emerged in the wake of the coronavirus pandemic.