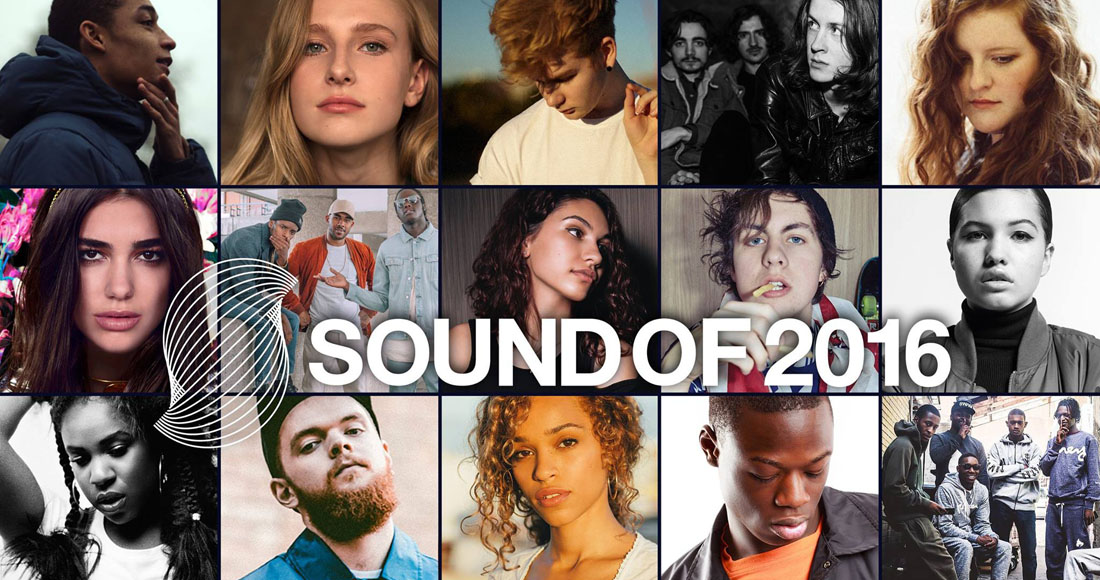 Next year's BBC Sound of longlist has been revealed, which tips acts for success in the next 12 months.

Among the 15-strong shortlist are the BRITs Critics' Choice nominees Frances, Izzy Bizu and winner of the prize Jack Garratt. Will it be a double triumph for the electronic soul artist?

This year's list is compiled the  BBC and 144 influential music industry experts - including TV presenters, website editors, broadcasters and bloggers - in order to highlight the most exciting new talent in the coming year.

Other nominated acts include Canadian singer-songwriter Alessia Cara, Stockport band Blossoms and WSTRN, who are currently touring the UK with the Official Charts After Party. Read our interview with the trio here.

The complete longlist is:

The top 5 acts will be revealed by on the BBC Sound of website, BBC News and on Radio 1's Breakfast Show by DJs Huw Stephens and Annie Mac each morning from January 4, before the winner is announced on Friday, January 8.

Mac said of this year's shortlist: "BBC Sound Of is a definitive list of the key artists to look out for and listen to in 2016.

"It has real results; incredible success stories and I'm looking forward to being able to support these people on my radio shows."

More information including interviews and biographies from each of the 15 acts can be found on the BBC Music Sound Of 2016 website, while Twitter users can get involved using the hashtag #SoundOf2016.