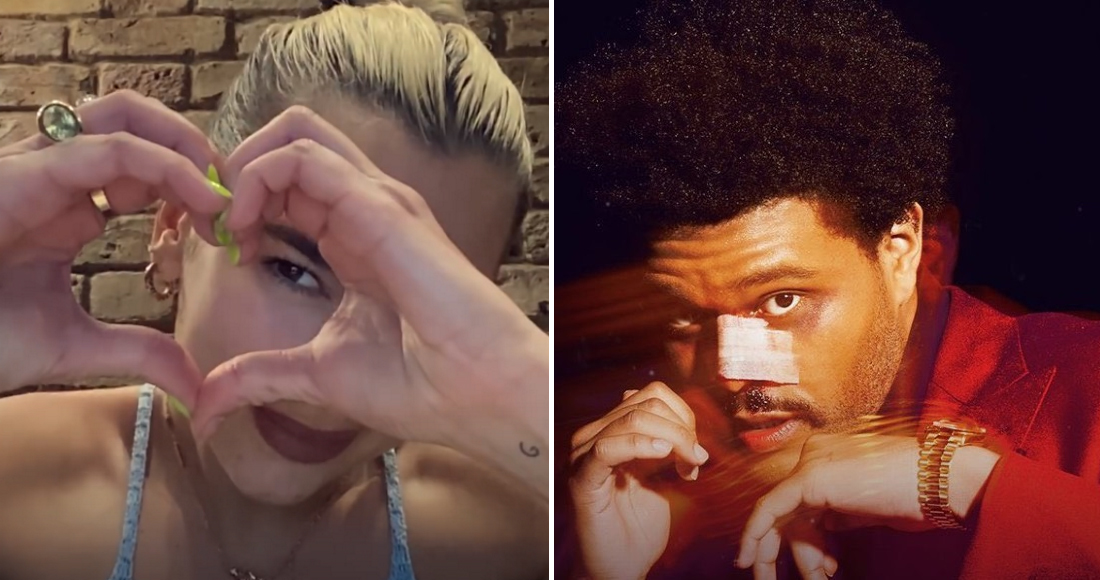 The latest battle for Number 1 on the UK’s Official Singles Chart is going to be a photo finish between BBC Radio 1’s Live Lounge Allstars and The Weeknd.

Featuring some of the biggest names in music such as Dua Lipa, Jess Glynne and Coldplay’s Chris Martin, the Live Lounge Allstars have come together to cover Foo Fighters’ Times Like These in aid of Comic Relief and Children in Need, which debuted at Number 5 on last week’s Official Chart based on just 12 hours of sales.

While the Live Lounge Allstars took the early lead for the top in Sunday’s First Look bulletin, The Weeknd's Blinding Lights nudged ahead yesterday with a new lead of just over 6,000 copies. But today the charity collective have clawed it back; closing the gap on their Canadian chart rival overnight, they are now just 1,100 chart sales behind, according to the latest Official Charts Company data available today (April 30).

If the charitable cover can experience another strong day of downloads like it did yesterday, the coveted top spot remains well within reach. Should Blinding Lights keep control and claim the Number 1 slot once more, it will mark the track’s ninth non-consecutive week leading the Official Chart.

“After a mammoth chart battle last week, we have another on our hands this week – The Weeknd vs Radio 1’s Live Lounge Allstars looks set to be a photo finish. It is fantastic to see that both battles involve a charity record, a fact which demonstrates the British public’s continuing passion for a good cause, especially at challenging times like these.”

Just got an email from Dave Grohl (along with 20,000 other BBC staff). What a lovely gesture. #TimesLikeThese #StayHomeLiveLounge pic.twitter.com/DpHDOiXfFt

If Times Like These reaches Number 1, it would be the first time a Foo Fighters song has made it to the top of the Official UK Chart, and in the band’s 25th anniversary year. The band’s personal best is a Number 4 with Best Of You. View Foo Fighters’ Official Chart history in full here.

Frontman Dave Grohl was so moved by the BBC's decision to use Times Like These that he has written an email to all of the corporation's staff members, explaining he "literally had to fight back tears".

The cut-off for sales and streams to count towards this week’s chart is midnight tonight (Thursday). The final Official Chart Top 40 will be unveiled on BBC Radio 1’s The Official Chart with Scott Mills this Friday from 4pm, with the full Official Singles Chart Top 100 published on OfficialCharts.com from 5.45pm.