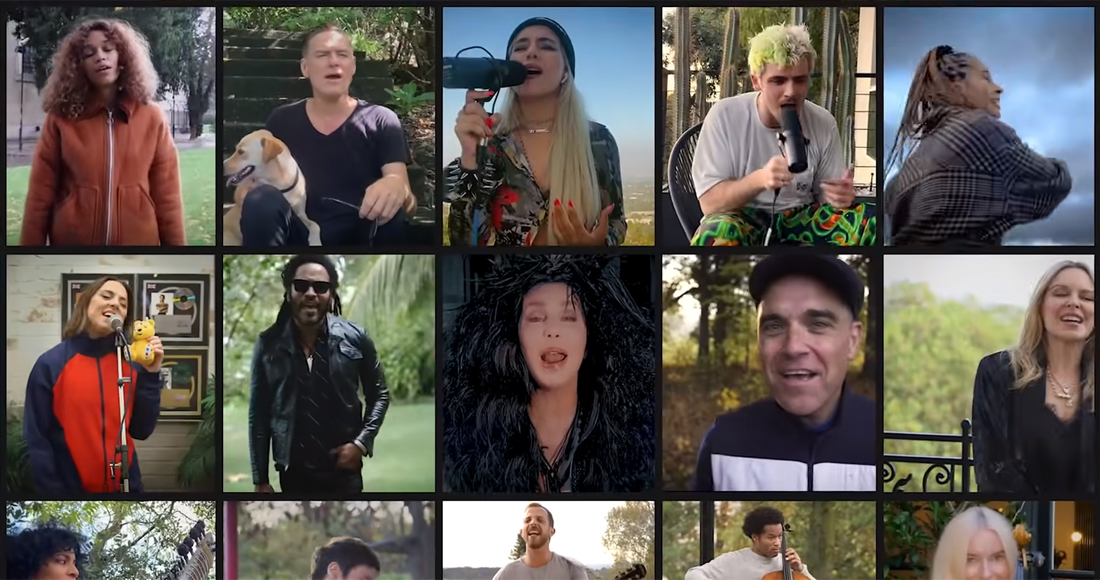 This year’s BBC Children In Need single Stop Crying Your Heart Out is on course to claim Number 1 on the Official Singles Chart following Friday’s television event, which raised £37 million.

The track is a cover of Oasis’ single performed by BBC Radio 2 Allstars, comprising of 24 artists including Kylie Minogue, Cher, Robbie Williams, Mel C, Paloma Faith and Nile Rodgers. Oasis’ original peaked at Number 2 on the Official Singles Chart in 2002.

If it holds on, Stop Crying Your Heart Out will be the eighth Children In Need single to reach Number 1. The last to hit the summit was Wake Me Up by Gareth Malone’s All Star Choir in 2014.

Billie Eilish is also set for a big new entry this week with her latest track Therefore I Am, currently at Number 2 and behind the Radio 2 Allstars by 8,000 chart sales.

1970s disco classic Yes Sir, I Can Boogie by Baccara is on course to return to the Top 40 after becoming Scotland’s unofficial Euro 2020 anthem. Following their dramatic win against Serbia in the Euro 2020 qualifier, a clip of the team dancing to the track in their dressing room went viral, sparking a campaign by the Tartan Army to get the song to Number 1. The song currently sits at Number 18.

Finally, just outside the Top 20, this year’s John Lewis Christmas advert song A Little Love by Celeste is at Number 29, potentially earning the British neo-soul singer songwriter her first Top 40 hit this Friday.