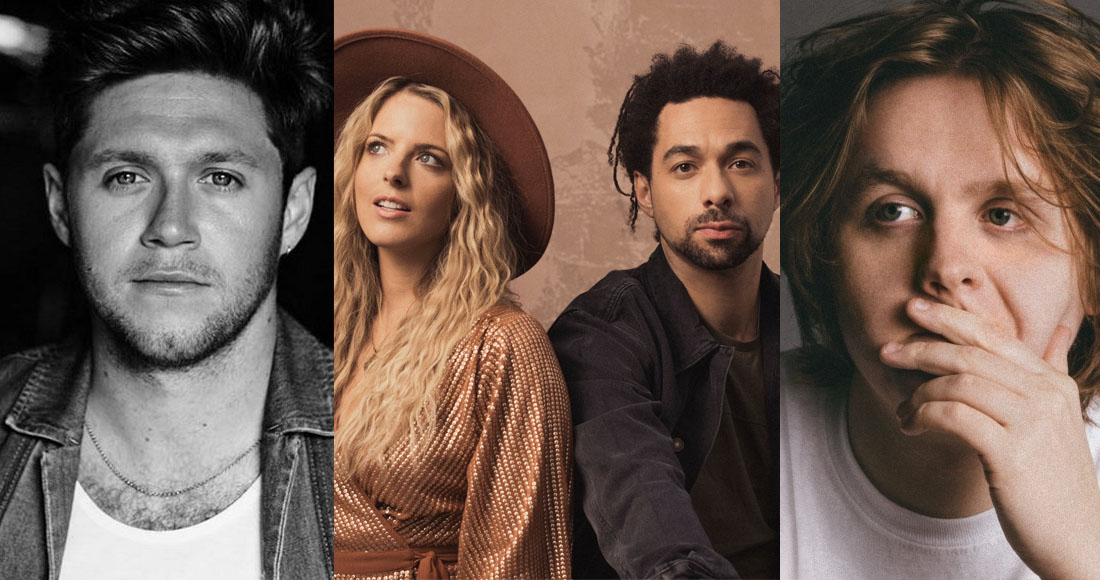 Amid festival cancellations and venues temporarily closing their doors in light of the Coronavirus pandemic, the Official Charts will continue to be published each and every week, with the battle for Friday’s Number 1 on the Official Albums Chart heating up as Lewis Capaldi enters the race for the top spot alongside Niall Horan and The Shires.

In the runner-up slot on Monday’s Official Chart Update, Niall Horan has edged into the Number 1 position as of today’s sales flash, 670 chart sales ahead of the pack with his second album Heartbreak Weather.

MORE: Niall Horan interview: "Top of my bucket list? A Grammy, a sold-out tour and a Number 1 album"

At Number 2 are UK country duo The Shires with their fourth studio album Good Years. The record has some momentum on its side having racked up the most CD and download sales so far this week.

If Niall or The Shires claim the Number 1 on Friday, it will mark the first UK chart-topping album for either acts.

Less than 1,400 chart sales behind at Number 3 is Lewis Capaldi, who is rapidly gaining ground due to having the most streamed album so far this week. 2019’s biggest album Divinely Uninspired To A Hellish Extent could return to Number 1 for a tenth non-consecutive week following the Scotsman’s two sold out arena shows in London and Aderdeen last weekend.

Find out who claims the Number 1 album on the UK’s Official Chart with Scott Mills, Fridays from 4pm on BBC Radio 1.