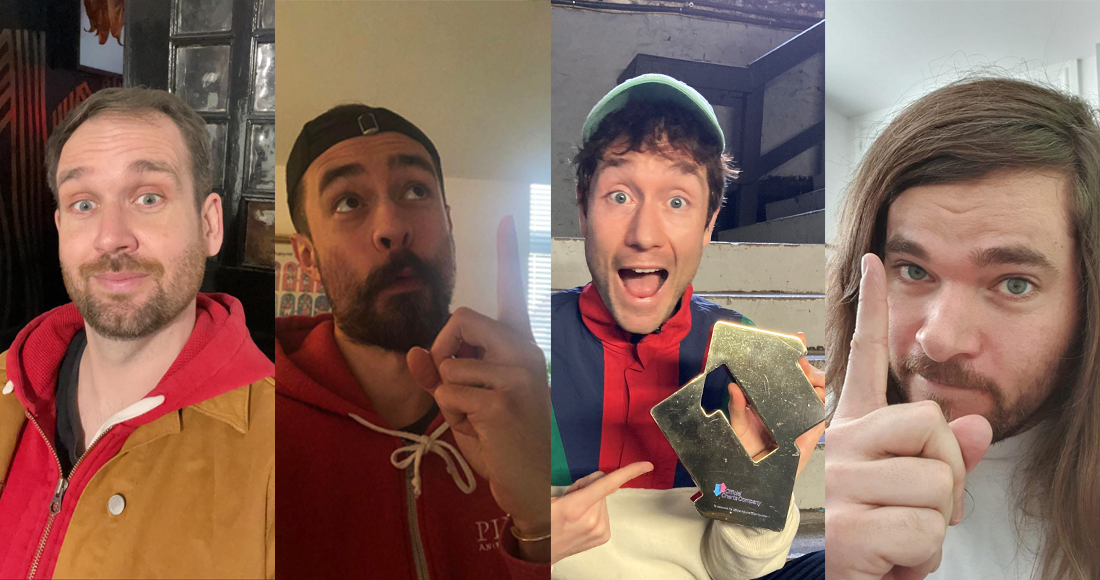 Bastille secure their third Number 1 album this week, as Give Me The Future rules over the Official Albums Chart.

Bastille achieved their Number 1 album with 85% physical sales, plus the biggest digital download figures of the week. The group also top the Official Record Store Chart.

Accepting their Official Number 1 album award, Bastille told OfficialCharts.com, “We’re so happy and excited! Ridiculously grateful to everyone who’s bought the album and listened to it, and to everyone who worked so hard to make this record with us.

"We’re mega proud of Give Me The Future and beyond overjoyed that it’s had such an amazing response so far. Can’t wait to head out on tour soon and play these songs in real life for everyone.”

Bastille’s fourth album finished ahead of new Top 5 entries from Cambridgeshire rockers Black Country, New Road’s second studio album Ants From Up There (3) – their highest-charting collection to date and this week's Number 1 on the Official Vinyl Albums Chart – and The Divine Comedy’s Charmed Life: The Best Of (5), his fifth Top 10.

Elsewhere in the Top 10, Mitski debuts at Number 6 with Laurel Hell, and Korn’s 14th studio album Requiem becomes their fifth Top 10 at Number 8.

Songwriter of the Year winner Ed Sheeran’s = (Equals) - who performed twice at Tuesday night’s ceremony - climbs two places to Number 2, with combined sales and streams up 11% week on week, while Album of the Year winner Adele’s 30 receives a 16% boost since last week, up one place to Number 4.

The highest climber of the week thanks to a vinyl reissue, an electric guitar-flamethrower-wielding BRITs performance and a win for Best Hip Hop/Grime/Rap act, rapper Dave leaps a staggering 60 places to Number 7 with Psychodrama. Psychodrama’s sales and streams lift 226% week on week while his latest album We’re All Alone in This Together also rises 11 places to Number 22.

It was a big night for Sam Fender, taking home the gong for Best Alternative/Rock Act, his chart-topping album Seventeen Going Under jumps 12 places to Number 20 today, up 38% week on week. The North Shields singer-songwriter's Number 1 debut album Hypersonic Missiles (60) also jumps 23 places back into the Top 75.