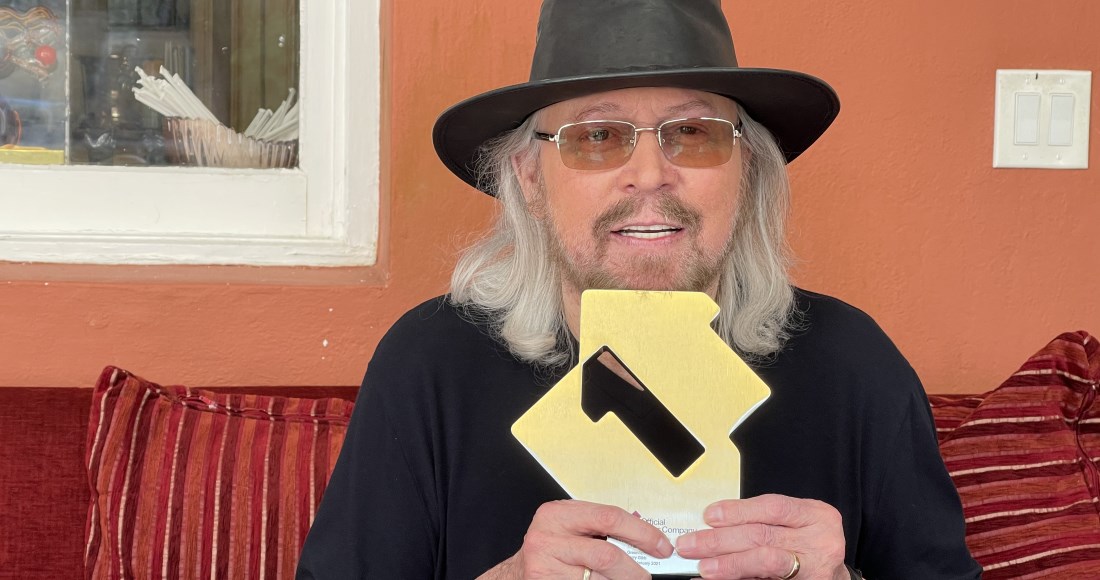 ­The collection of country interpretations of classic Bee Gees hits, featuring collaborations with the likes of Dolly Parton and Olivia Newton-John, finishes the week with more than twice the chart sales of its closest competition. 83% of the album’s final tally is made up of physical copies.

Celebrating the news, Barry told OfficialCharts.com: “There is no such thing as too much heaven. I couldn’t be more thrilled. The past is unpredictable. Today is unbelievable. The greatest moment of my life! Thank you to all of our fans in the UK and all the folks at EMI. You’ve changed my life.”

Barry’s previous chart peak as a solo artist was with 2016’s In The Now, which reached Number 2 – though as a part of Bee Gees he earned five Number 1 singles plus a Number 1 album with 1979’s Spirits Having Flown. See where all of the Bee Gees singles and albums charted in the UK.

Finishing at Number 2 is Passenger with his 13th studio album Songs For The Drunk and Broken Hearted - the Brightonian singer-songwriter’s sixth Top 10 collection. Passenger, real name Mike Rosenberg, earned a Number 1 album in 2016 with Young As The Morning Old As The Sea.

David Bowie’s greatest hits collection Legacy flies 13 places to Number 18 as fans return to his discography following the fifth anniversary of his passing and what would have been his 74th birthday in early January.