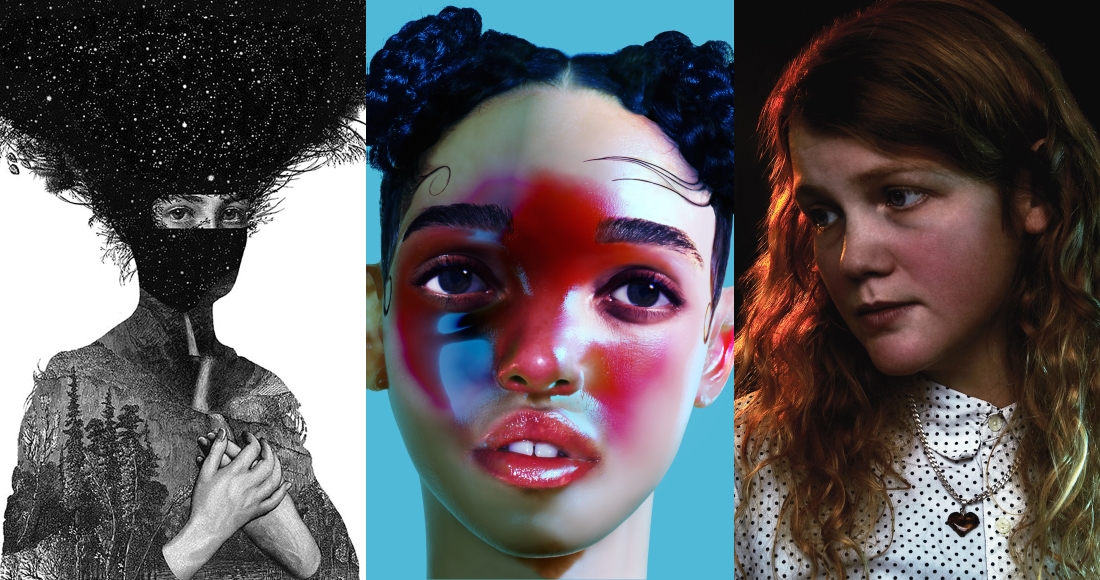 But with the exception of three or so of the 12 acts, this year’s shortlist is one of the most obscure in recent memory; and who will pick up the prestigious prize feels like it’s anyone’s game. In fact, just two of this year’s nominated albums have reached the Number 1 spot in the last 12 months, Royal Blood’s self-titled debut and Bombay Bicycle Club’s So Long See You Tomorrow.

Since its shortlisting was announced on September 10, Royal Blood- which also lays claim to being the fastest-selling rock debut in three years - has shifted a further 59,000 copies, giving it the largest sales boost during the nominations period, and biggest overall total sales tally on the list of 154,000.

The bookies currently have newcomers FKA Twigs and Kate Tempest as the favourites to take the award, both of whom have enjoyed a healthy sales boost since being nominated.

FKA Twigs - who landed at Number 16 on the Official Albums Chart with LP1 back in August, has seen her sales almost double (an uplift of 83%), while Kate Tempest has seen sales of Everybody Down more than double since being nominated, rising by 124%.

Elsewhere, musical collective Jungle have shifted another 13,400 copies of their self-titled Top 10 debut during the sales period (an uplift of 59%), and Manchester quartet GoGo Penguin – the bookies’ least favourite to scoop the prize – have experienced the biggest percentage sales boost of all shortlisted nominees of 138% with their electro-jazz album v2.0.

Official Charts Company chief executive Martin Talbot said: "Royal Blood set the Official Albums Chart alight this summer when they hit Number 1 with the fastest-selling British rock debut in three years, and if the Mercury Prize was decided based on pure sales, it would most definitely be a one-horse race for the band.”

“This year’s shortlist is full of faces yet to land on the radar of the wider British public, but all deserving of a place under the Mercury spotlight. Who the judges ultimately choose, is anyone’s guess. But certainly, if this were the public choosing, it could be between FKA Twigs, Kate Tempest, Royal Blood, or GoGo Penguin.”

FKA Twigs told OfficialCharts.com: “I was really happy when I found out I was nominated – it’s an amazing opportunity for people to hear my music. I didn’t know I was a favourite but I don’t feel any pressure behind that.

"The pressure was making a record that I felt was the best I could do, so that pressure has been and gone! All I can do now is concentrate on creating more work and creating more videos and becoming a better producer.”

In an interview with OfficialCharts.com, Mercury Prize judge John Kennedy said: “The aim of the Mercury Prize is to try and highlight albums that might have got slightly overlooked.

"This year’s list is a good example of the Prize doing that. If the artists on this year’s list are lesser known by the general public then hopefully the Prize will help get them better known as they certainly deserve to be.”

He continued: “The winner has to reflect a particular year in music but also potentially to have a created a classic piece of work that can stand the test of time. Craft, skill, context, innovation, individuality and talent all come into play.”

The 2014 Barclaycard Mercury Prize Awards Show takes place at the Roundhouse on Wednesday 29 October. Alice Levine will be presenting More4's live coverage of the event from 9.30pm.

Listen to a playlist of this year's nominees below: