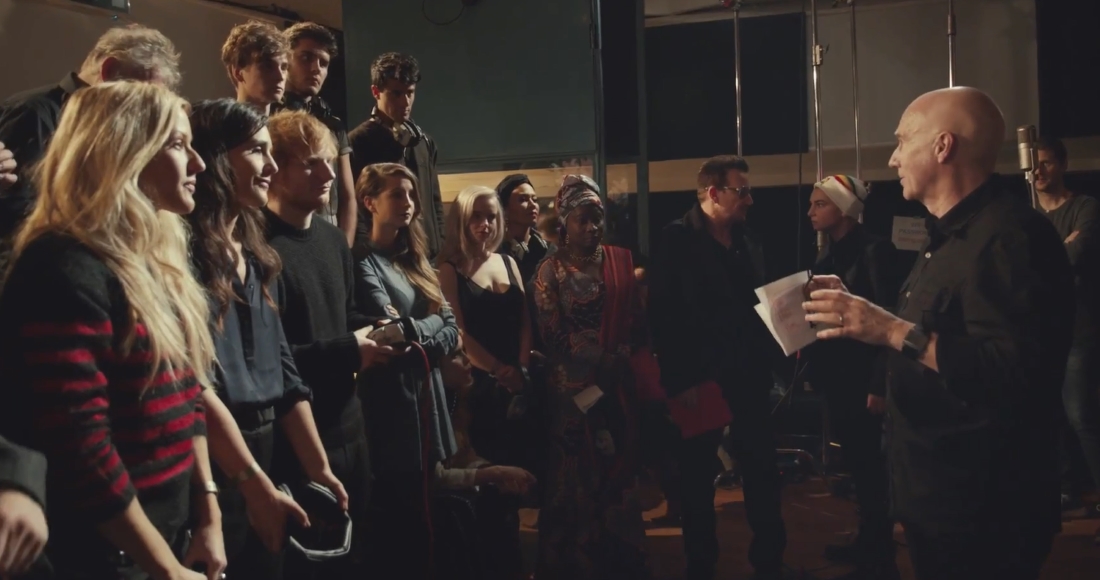 Band Aid 30’s Do They Know It’s Christmas? – which features Ed Sheeran, Ellie Goulding, One Direction, Rita Ora and Bastille among its star cast – has stormed straight to the top of the Official Singles Chart with impressive sales.

The charity single, organised once again by Bob Geldof, has shifted over 312,000 copies to make it 2014’s fastest selling single. The track, with all proceeds going toward the fight against Ebola in West Africa, has outsold the rest of the Top 5 combined and scored the biggest one-week sales since The X Factor’s James Arthur shifted 489,000 copies of his winner’s single Impossible in 2012.

Band Aid 30’s massive sales haul outshines Band Aid 20’s first-week sales in 2004 – their version of the song sold 297,000 in its first seven days. The 2014 version of Do They Know It’s Christmas? has achieved this milestone without physical sales or streaming. Band Aid 20 sold over 200,000 each week for its first four weeks on sale – can Band Aid 30 keep up its sales momentum and beat its predecessor? It’s possible – a physical version is set to be released in December, which means the track is still a serious contender for 2014’s Official Christmas Number 1.

Band Aid 30’s feat means it is the FOURTH time a version of the song has made the Official Singles Chart Number 1.

New at Number 2 is Clean Bandit FT Jess Glynne. Real Love is the second collaboration between the two acts, following their Official Singles Chart Number 1, and million-seller, Rather Be.

Olly Murs is a new entry at Number 3 with Wrapped Up FT Travie McCoy, the lead single from Olly’s upcoming fourth studio album, Never Been Better, and his sixth Top 10 hit.

Ed Sheeran‘s former Number 1 Thinking Out Loud takes a tumble two places to Number 4 – it's been streamed over 1.6 million times this week and is one of two tracks to hit the million-stream mark on today's chart – the other being One Direction’s Steal My Girl (6), with 1.2 million listens.

Last week’s chart-topper, Children In Need single Wake Me Up from Gareth Malone’s All Star Choir drops to Number 7, but is still the biggest selling physical single on this week’s chart.

Rapper Wretch 32 lands his fifth UK Top 10, with 6 Words new at Number 8, while Rixton follow up their Official Singles Chart Number 1 Me And My Broken Heart with Wait On Me, new at Number 12.
Noel Gallagher’s High Flying Birds go straight in at Number 26 with In The Heat Of The Moment, giving the former Oasis star his third solo Top 40 hit.

One Direction’s Night Changes zooms 31 places to make its first Top 40 appearance at Number 23, and 5 Seconds Of Summer rocket 130 places with Good Girls, landing at Number 25.