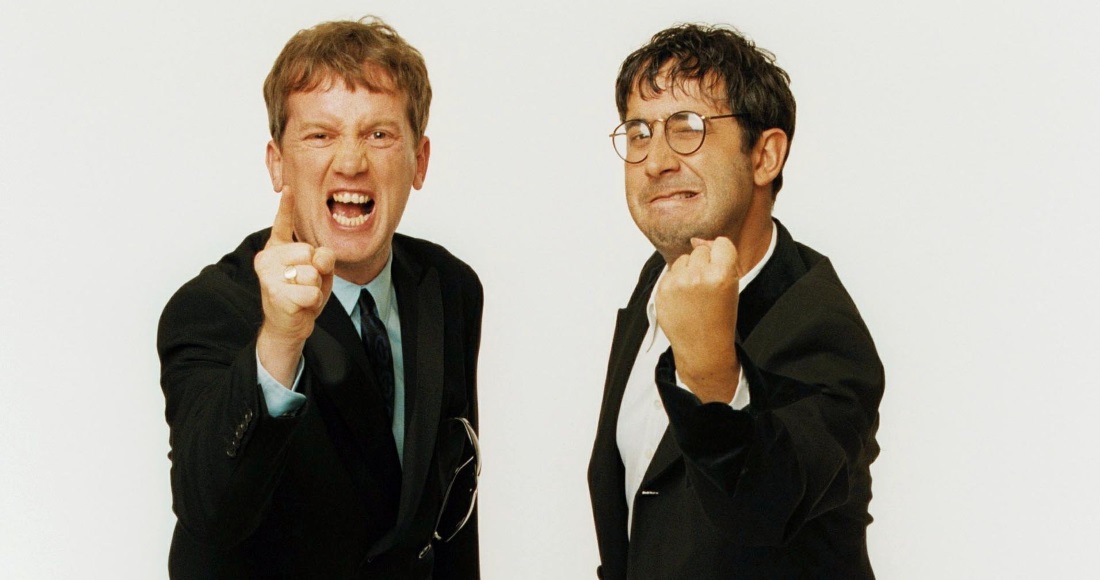 Last week, the iconic football anthem by Baddiel & Skinner and The Lightning Seeds returned to Number 1, becoming the first song with the exact same line-up to hit the top of the Official Singles Chart on four separate occasions. Now, the song at the heart of the nation for the 2018 World Cup has broken yet another record.

Falling from Number 1 this week and out of the Top 40 entirely, Three Lions can claim the biggest drop from the Official Singles Chart Number 1 spot EVER. Now here's where things just write themselves.

Three Lions is this week's Number 97 on the Official Singles Chart (view the full Top 100 here), a descent of 96 places. When was the song released? 1996. For Euro 96. You couldn't make it up! If you're going to do something, you may as well do it in style, and totally on brand.

The previous record for the biggest fall was held by the Lewisham & Greenwich NHS Choir with their Christmas Number 1 single of 2015 - A Bridge Over You, which beat Justin Bieber to the coveted festive crown, before tumbling to Number 29 in its second week on chart.

In addition to A Bridge Over You, only three other tracks have previously fallen out of the Top 10 from Number 1: Elvis Presley's One Night/I Got Stung and It's Now Or Never reissues from 2005, and McFly's Baby's Coming Back/Transylvania from 2007.

Two Official Chart records broken in the space of two weeks, back o' the net Baddiel, Skinner and The Lightning Seeds!