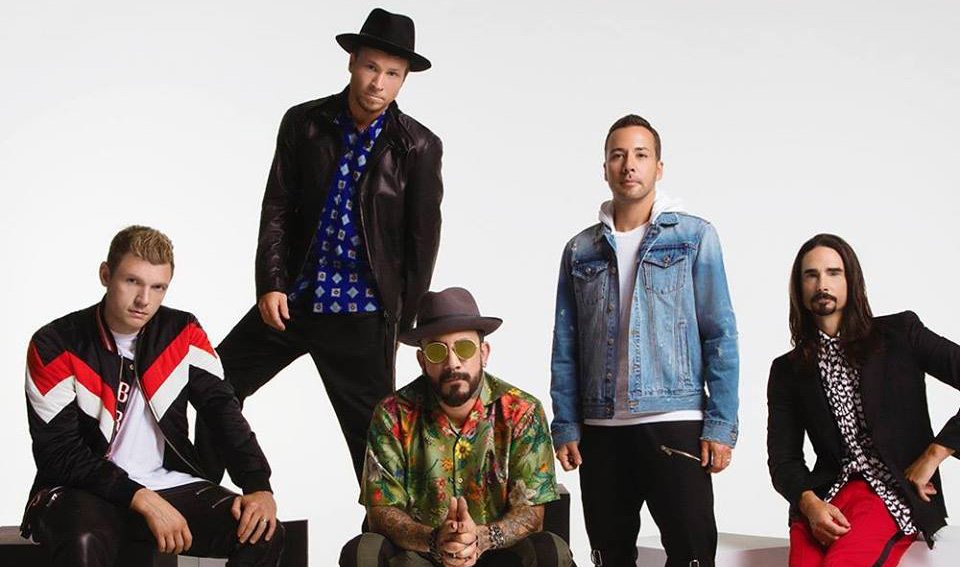 Backstreet's back, alright! Yep, the Backstreet Boys are back again with a new single, Don't Go Breaking My Heart.

The Backstreet Boys —comprised of Nick Carter, Kevin Richardson, AJ McLean, Howie D and Brian Littrell — have been teasing something social media for the past four days. Starting with a silhouette of the group, they then shared the band together on a photo shoot. Finally, they shared a video clip of them standing in front of some lights as a piano plays in the background.

The group later took to social media to announce that all the teasing was counting down to the announcement of their new single Don't Go Breaking My Heart.

"Excuse the dad joke but… we’re back," they wrote. "NEW BACKSTREET BOYS SINGLE DON’T GO BREAKING MY HEART OUT MAY 17TH."

The Backstreet Boys' new single is the group's first new music since their 2013 album, In a World Like This, which reached Number 16 on the Official Albums Chart. That album saw the group team up with their old collaborators Max Martin and Kristian Lundin, both of whom helped the group achieve a string of hits in the 90s, including their 1999 Number 1 single I Want It That Way.

The Backstreet Boys will release Don't Go Breaking My Heart this Friday, 17 May.