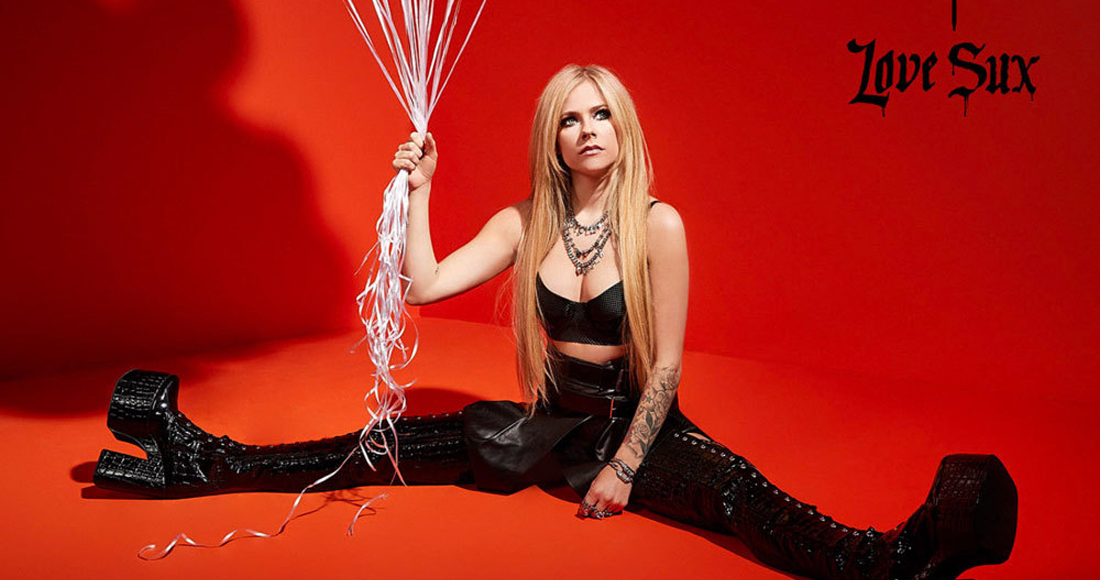 Avril Lavigne has revealed that she will release her seventh album, Love Sux, next month.

The record comes after Avril debuted her return to her pop-punk last year with the comeback banger Bite Me, following a new record deal with Elektra Records and professional partnership with Blink-182 drummer Travis Barker.

Love Sux will drop February 25, while Avril will debut the next single from this Friday (January 14), Love It When You Hate Me featuring rapper Blackbear.

You can pre-save both Love It When You Hate Me and Love Sux now. Read Avril's announcement below:

“Love It When You Hate Me” ft. @iamblackbear is out Friday and is the next song off my new album “LOVE SUX” dropping 2.25! Pre-save my new song and the album now!

MORE: The official biggest singles of 2021

Culturally, Avril's return to her pop-punk roots couldn't have come at a better time - thanks to the recent resurgence in rock music on the Official Charts. Avril herself even thanked Olivia Rodrigo (who has named Avril as a direct influence on Sour) for her efforts in returning rock music back to the Official Charts.

2022 also marks the 20th anniversary of Avril's influential debut album Let Go, which was was recently recognised as one of the Top 30 biggest albums by a female artist in the UK of all time.

MORE: The official biggest albums of 2021

Last year, it was announced that Avril will be adapting Sk8er Boi for the big screen to celebrate the song's 20th birthday this year. The plot of the film, of course, will be quite simple. He was a boy. She was a girl. Can we make it any more obvious?