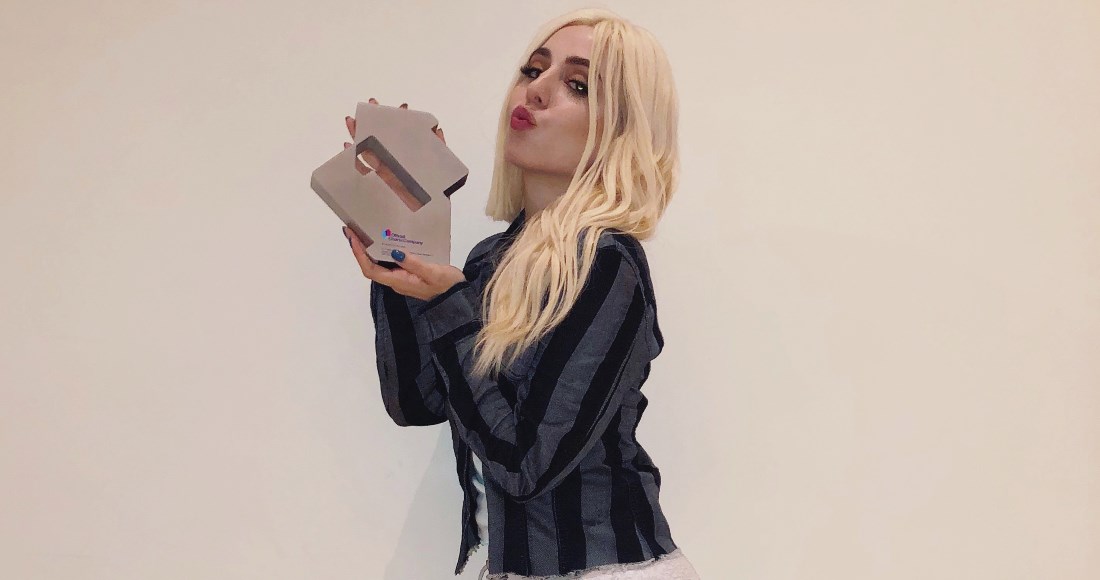 Ava Max has thanked her fans for sending her breakthrough hit Sweet But Psycho to Number 1 on the Official Singles Chart.

The track has been at the top of the UK chart for three weeks - with a fourth well in her sights - and has been a huge success across the globe, topping the charts in 14 countries.

Accepting her Official Number 1 Award - her "first ever award" - she said: "I wanted to say thank you so much for everyone who has supported me in my career and everyone who has bought or streamed Sweet But Psycho.

Ava also took the time to update her fans - called Avatars - on new music, assuring them she's working on a 2019 release for her debut album.

"I want to tell everybody that I'm working super hard in the studio for you guys to release a debut album this year for all my Avatars. I love you so much."

Ava is facing stiff competition for this week's top spot - Sam Smith and Normani's new duet Dancing With A Stranger was the highest new entry in the Official Chart Update earlier this week.