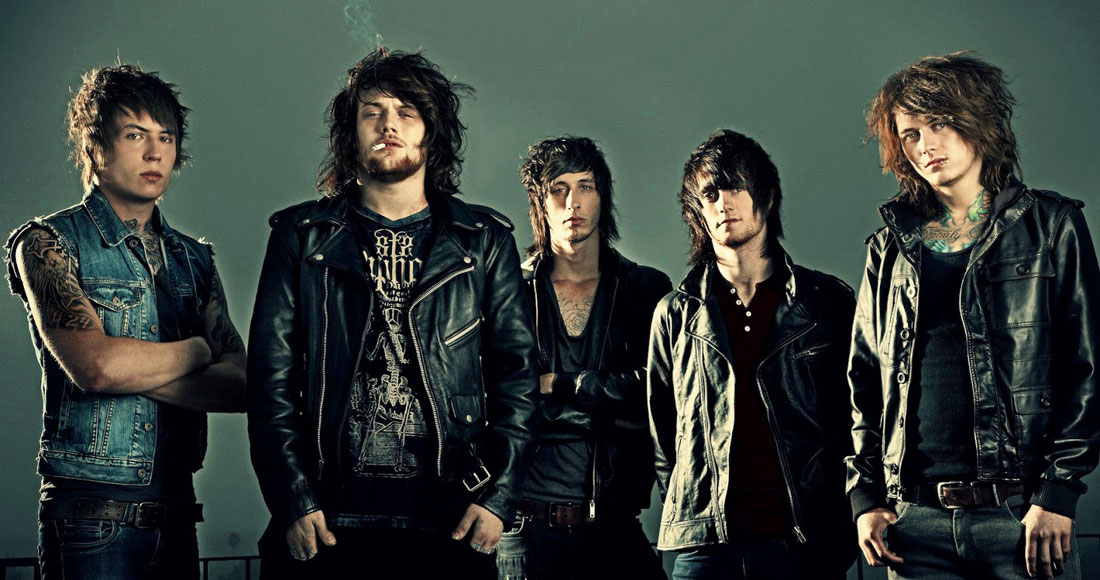 Congratulations to Asking Alexandria, who have gone straight in at Number 1 on the Official Rock And Metal Albums Chart!

The quintet’s latest full length, From Death To Destiny, has knocked Five Finger Death Punch’s The Wrong Side Of Heaven And The Righteous Side of Hell, Volume 1 off the top spot. From Death To Destiny also gave Asking Alexandria their highest charting album to date on the Official Album Chart yesterday, when it entered at Number 28.

Queens Of The Stone Age hold firm at Number 2 with Like Clockwork, while Five Finger Death Punch fall two plactes to Number 3. Ex-Metallica bassist Jason Newsted is new in at Number 4 with Heavy Metal Music, while Paramore complete the Top 5 with their eponymous album.