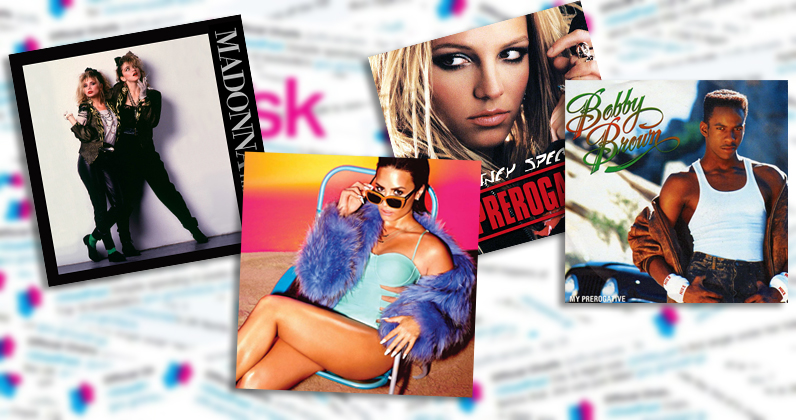 Our #AskOfficialCharts feature is for all those head-scratching pop teasers that keep you awake at night. We received another bumper postbag, and for some of you it's time to rest easy – pop quiz victory can be yours with our essential answers…

Both former Disney princesses have new albums out at the moment, so what better time to track their UK chart progress with a little but of friendly rivalry. Official Charts' Twitter pals, including @lovaticsrecord and @RoyalSelxna, wanted an update on the ladies' chart achievements so far.

Who's taken up residency in the Top 2?

Peter (@2dividedbyzero) asked us: When was the last time the same artist was at number 1 and number 2 on the UK singles charts?

This doesn't happen as often as you might think, but in the 1960s the Beatles managed to hog the Number 1 and Number 2 spot a few times. They first did it in 1963, knocking themselves off the top spot with I Want To Hold Your Hand sending She Loves You to Number 2 and staying snuggled up in the top two places for three weeks.

Among other notable instances, fast forward a few years and former Beatle John Lennon managed to do it twice, posthumously, in early 1981. Imagine languished at Number 1 while Happy Xmas (War Is Over) and Woman both had a stint at Number 2.

Three years on, two future million-sellers by the same artists nestled in the Top 2, with Frankie Goes To Hollywood's Two Tribes and Relax dominating in July 1984.

But who did it last? Well, this chart phenomenon hasn't happened for over THIRTY years, and the star to manage it? Why, it was Madonna, of course.

Bobby vs Britney: whose prerogative was bigger?

Nice quick one for you: Alim (@alimkheraj) wanted to know which version of the classic "Yeah wevs" anthem My Prerogative sold more? Was it Bobby Brown's 1988 original, which peaked at Number 6, or Britney's cover, a Number 2 hit in 2004?

Thanks in part to a 1995 rerelease that hit Number 17, Bobby's version comes out on top, with a tally of 275,000. Britney's rendition had to settle for 130,000, but it's worth bearing in mind the sales climate at the time, plus it was included on Britney's greatest hits collection, also called My Prerogative.

Mark (@Markandamy1Mark) wanted to know how many singles debuted at Number 1 in the 1980s. Most weeks sees a brand new Number 1 with a new entry, but in the '80s was a much rarer occurrence – only 14 managed it during the entire decade, compared with 38 in 2014!

Jason Donovan, then, was the only solo artist to go straight in at Number 1 during the 1980s, and not one female artist managed it.

The eagle-eyed among you may notice that Jive Bunny and Band Aid II entered at Number 1 in consecutive weeks – the only time that happened in the entire decade.

Biggest selling Number 2 of all time

Mark also asked us which song had the honour being the bestselling single not to make it to Number 1. it's actually Wham!'s Last Christmas, which would have been a shoo-in for Christmas Number 1 in 1984 had Band Aid's Do They Know It's Christmas not come along. It's sold 1.77 million copies.

It spent five weeks at Number 2 and has been in and out of the Top 40 a few times – see its full chart run in Wham's Official Chart archive.

How long has Northern Ireland been with us?

Tony got in touch with a bit of a technical question:

Have Northern Ireland sales always been included in the chart? If so from when? For streaming to be included, does it have to be from UK providers to UK IP addresses?

Sales from Northern Ireland have been included on the UK Charts panel since 1984. And, yep, streams do include only UK services streamed by customers in the UK.

Youngest person to chart in 2015

Jasmine was actually 12 when her original cover of the song reached Number 32 in 2013.

#AskOfficialCharts wants to hear from you. Find out more about how you really can ask us anything!