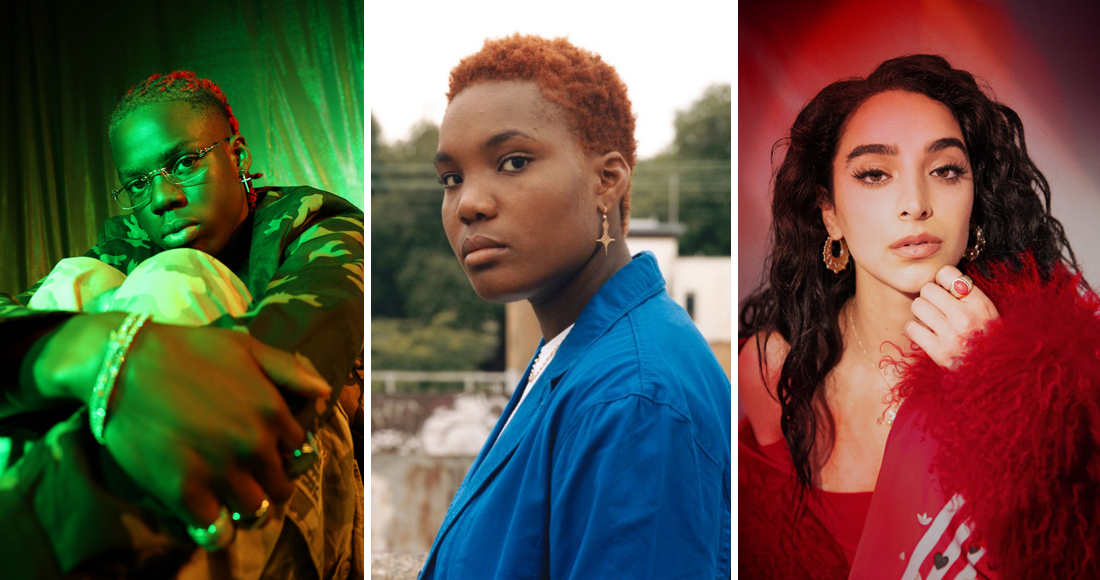 A new year brings many things, but chief among them for music fans is the chance to witness a new crop of artists reach new heights of success.

And of course, 2021 will be no different - but it may well be more important than ever for emerging artists to find newer, bigger audiences over the next 12 months after the, shall we say, interesting developments in how the music industry has adapted in the midst of a global pandemic.

There's an eclectic mix of talent on show that we've picked as our ones to watch for 2021 - from dreamy bedroom R&B, harder-edged pop sounds inspired by Rosalia and Charli XCX, to confessional R&B through a queer lens and even rappers whose songs and flows span different languages and continents.

17-year-old indie-pop wunderkind Alfie Templeman writes, produces and records all of his own material, which isn’t great news for all those procrastinators out there. Already longlisted for the BBC Sound of 2021 poll, Alfie’s effervescent sonics combines the fluidity of electronic pop with the heat and emotion on indie rocks, best felt on cuts like the irresistible Forever Isn’t Long Enough, which could have been featured on the Skins soundtrack.

Claudia Valentina makes a confident, impassioned plea for pop superstardom on her latest single 4:15, a languid banger about a one night stand too many. Her influences and ambitions are plain to see. Borrowing the visual opulence and intensity of Rosalia with the playful sonics and full-pelt choruses of Dua Lipa (with whom she shares management), it doesn’t seem a case of if she will break through, but when.

Gracey hit gold in 2020 as the featured artist in 220 Kid’s Don’t Need Love, (landing inside the Top 10 on the Official Singles Chart after going viral on TikTok), but she’s building a solid foundation of solo work too. Her second EP, The Art of Closure, sounds like a synth-pop Lorde meets Selena Gomez in an underground club, combining Gracey’s history working as a songwriter with Girls Aloud hitmakers Xenomania and for Rita Ora’s club hit Ritual with Tiesto. With solo cuts like Don’t and the charismatic Alone In My Room (Gone), she proves the future is hers to take.

Hailing from London, singer-songwriter Arlo Parks may only be 20 years old, but her earnest, gut-wrenching R&B portrays a life that has already been richly lived. Openly bisexual, Parks’ music is going a long way to opening up the visibility and acceptance of R&B artists in the modern-day, building on the legacy of fellow queer artists like Frank Ocean and Kehlani. Her debut album, Collapsed In Sunbeams, is released on January 21.

Biig Piig is the moniker of Irish singer and rapper Jessica Smyth, whose music is a raucous riot, being performed in both English and Spanish. Having signed a major label deal with RCA in 2019 and completing a trilogy of EPs that same year, 2021 seems to be the year Biig Piig unleashes her debut album that’s just as eclectic and wild as her previous material.

With roots in both London and Gambia, Pa Salieu’s mesmerising flow helps bridge the gap between two cultures. Already receiving support from industry heavyweights such as J Hus and collaborating with auteur tastemaker FKA twigs, Salieu dropped his debut mixtape, Send Them To Coventry, in 2020 and his debut single Frontline was BBC 1Xtra’s most played track of the year.

Expect big things from Kara Marni in 2021. The British R&B upstart is a graduate of the BRIT School, a modern-day Fame academy that counts Adele, Amy Winehouse and Leona Lewis as just some of its alums. Submerging herself in the cooling waters of modern R&B styled on artists like Ella Mai and Jazmine Sullivan, Kara’s 2021 is shaping up to be a breakout year - given that one suitably pop-facing single set for release early in the New Year samples Amerie’s bombastic 2005 hit 1 Thing.

Rema may hail from Nigeria, but his music is ambitiously global in scope. Primarily rooted in the Afrobeats genre, the 20-year-old singer-songwriter has gotten praise from global superstars Rihanna and Drake for his tunes, so you know he's on to something. Speaking earlier this year to OfficialCharts.com, Rema spoke on his ambition to bring his genre-mashing sound worldwide and on euphoric cut Woman, you can see how he may be very close to doing just that.

Are there any artists you think will breakthrough in 2021? Let us know in the comments below.