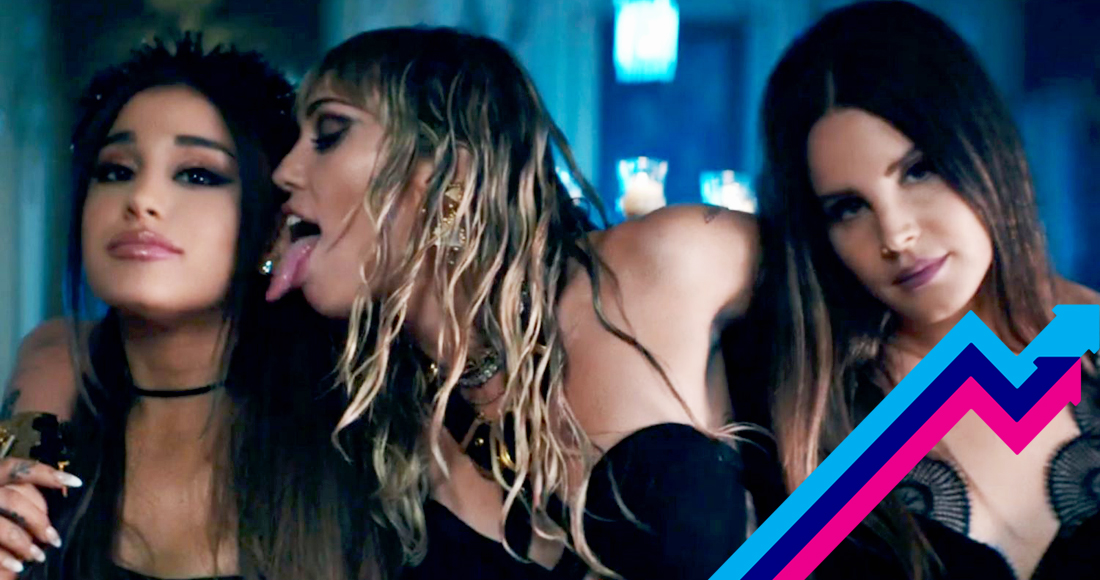 Their collaboration only came out on Friday but already Ariana Grande, Miley Cyrus and Lana Del Rey have got their competition licked, as Don't Call Me Angel flies high at Number 1 on the Official Trending Chart.

The track, taken from the forthcoming Charlie's Angels reboot starring Kristen Stewart, Naomi Scott, and Ella Balinska, leads the Top 20 rundown of songs yet to hit the singles' Top 10 but making a big impression.

In today's Official Singles Chart sales flash, Don't Call Me Angel sits at Number 2, but is close behind the current leader – it could go all the way by the time the final chart is announced Friday.

Rapper Dave is on the up with Professor X, released last week, and following the release of his debut Hypersonic Missiles – which topped the Official Chart Update – Sam Fender takes two slots in the trending rundown: the title track, and Will We Talk, which may give him a very first Top 40 single this Friday.

The soundtrack for the Netflix revival of Top Boy is making a strong showing, with songs from Drake, Fredo, AJ Tracey, Headie One, and M Huncho all nabbing a slot in the week's list of top trending tracks.

Other new releases set to make an impact in coming weeks are Halsey's Graveyard and Rex Orange County's 10/10.