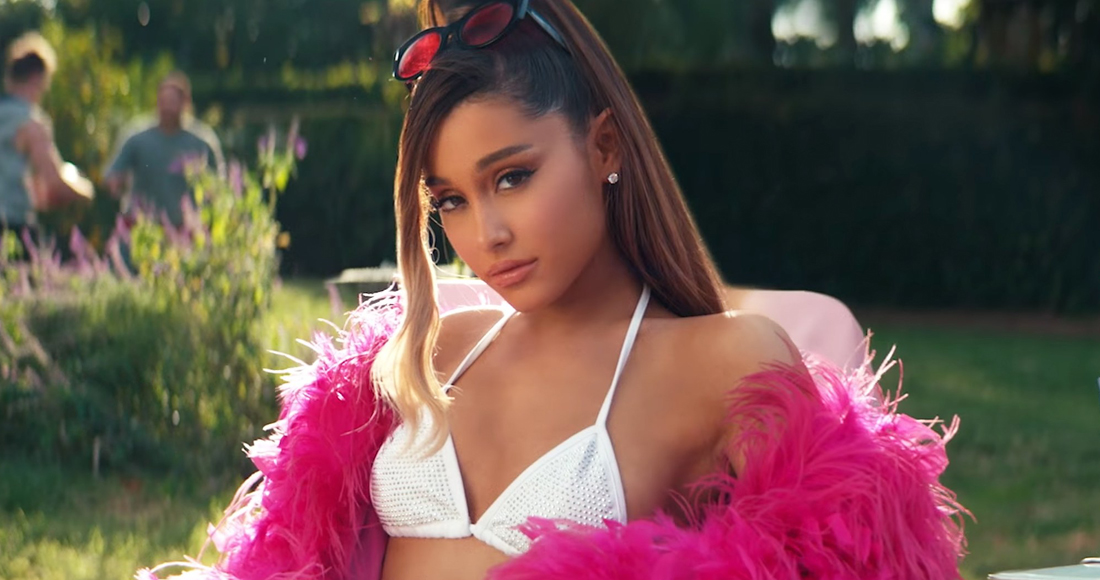 Ariana Grande could extend her lead at the top of the Official Singles Chart for a fifth week this Friday following the release of the video for thank u, next.

The clip, which broke YouTube and Vevo records as the most viewed video ever in 24 hours, has given a boost to the song's lead over the Top 40, currently 13,500 combined sales ahead of her closest competition.

Trailing Grande is rising star Ava Max, who looks set for another climb this week with her breakthrough hit Sweet Buy Psycho, currently up four places to Number 2. Both are in the running for this year's Official Christmas Number 1 - see the full list of this year's contenders.

Meanwhile, Halsey's Without Me climbs a spot to 3, Jess Glynne's Thursday is at 4, and 6ix9ine leaps 33 rungs to 5 with Kika. Two more songs from the rapper's new album Dummy Boy are on track to enter this week's Top 40, Mamma ft. Nicki Minaj is at 17 and Tic Toc ft. Lil Baby at 32.

With the Christmas season now in full swing, Mariah Carey's All I Want For Christmas Is You looks set to return to the Top 10, currently up 27 spots to Number 7. Last year the song reached its original 1994 peak at Number 2.

James Arthur & Anne-Marie's rendition of Rewrite The Stars from The Greatest Showman is up nine places to Number 8, and Mark Ronson's brand new track with Miley Cyrus Nothing Breaks Like A Heart starts at Number 9.

More festive tunes are Top 40-bound this Friday: Last Christmas by Wham! is so far up 36 places to 16, The Pogues' Fairytale of New York jumps 38 spots to 28, Band Aid's Do They Know It's Christmas hops 50 places to 38, and Michael Buble's rendition of It's Beginning To Look A Lot Like Christmas zooms 55 rungs to 39.

Finally, X Factor champion Dalton Harris ft. James Arthur is off to a strong start with his winner's single The Power Of Love, opening at Number 23 with just a few hours of sales counted up to midnight after his win last night (Dec 2), and Meek Mill's What's Free ft. Rick Ross opens at 35.