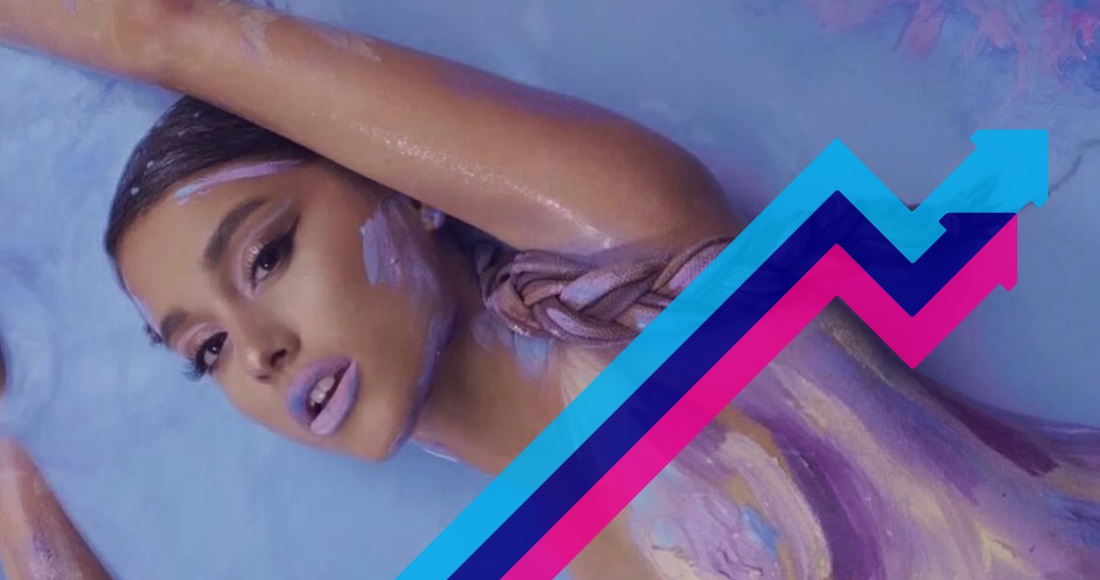 Ariana Grande's new single God Is A Woman lands straight in at Number 1 on the UK's Official Trending Chart.

The track, released last Friday (July 13) enters in pole position of the Top 20 chart, which is based on new songs climbing up the Official Singles Chart Top 200.

God Is A Woman serves as the second official single from Ariana's forthcoming album Sweetner, which follows on August 17 (read about more albums coming out in 2018 here). The track made a huge splash on its release day, with its accompanying music video being decoded by fans and featuring Madonna quoting lines from cult movie classic Pulp Fiction.

Since then, the song has climbed to Number 5 in the latest Official Singles Chart Update, and looks set to secure a Top 10 debut this week.

Other tracks making waves this week include 5 Seconds of Summer's Youngblood, which is set to enter the Official UK Top 10 this week, and Tiesto's Jackie Chan ft. Dzeko, Preme & Post Malone, also on course to climb into the Top 10. If both can hold their current position, both acts will earn their first Top 10 single in four years.

Elsewhere, Cheat Codes and Little Mix's Only You continues to grow on the chart following the release of its emotional music video, and new singles from Childish Gambino (Summertime Magic) and US rap-pop duo twenty one pilots (Jumpsuit) also feature in this week's Official Trending Chart.