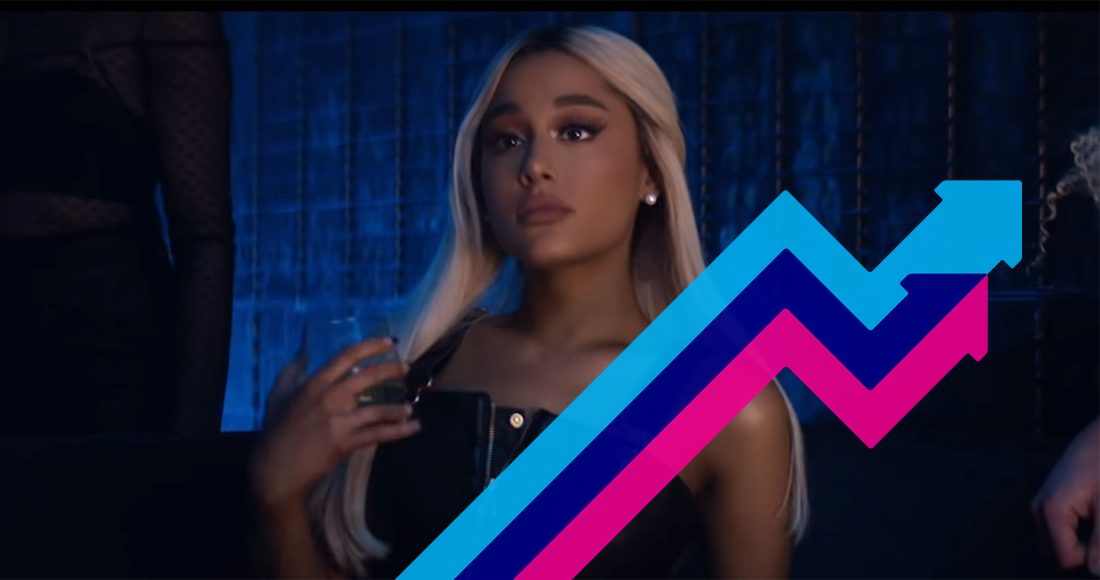 It might only be February, but Ariana Grande can already claim 2019 to be another world-conquering year for her. Following the release of her fifth album thank u, next, the star lands straight in at Number 1 on the Official Trending Chart with the collection's latest spin-off single.

break up with your girlfriend, i'm bored serves as the album's third single, with Grande debuting the high-end house party visual on the day of the record's release.

The track is currently battling against her previous single 7 Rings for Number 1 on this week's Official Singles Chart. If the two songs still occupy the Top 2 on this week's Top 40, she will be the first female artist in nearly 34 years to achieve the feat, and second ever. Madonna was the first and only to manage it in August 1985 with Into The Groove (1) and Holiday (2). Read more about the acts who have held Number 1 and 2 at the same time on the chart.

break up... is one of four songs on thank u, next produced by the singer's regular collaborator Max Martin. As things stand, the album is currently outperforming the rest of the Top 5.

Meanwhile, another track from the album called Needy - eagerly anticipated by her fans - lands at 2 on this week's Official Trending Chart.

Khalid's new collaboration with Disclosure, Talk, is also making a big impact this w eek, as well as AJ Tracey's Psych Out and Wifey Riddim 3 following the release of his new self-titled album.