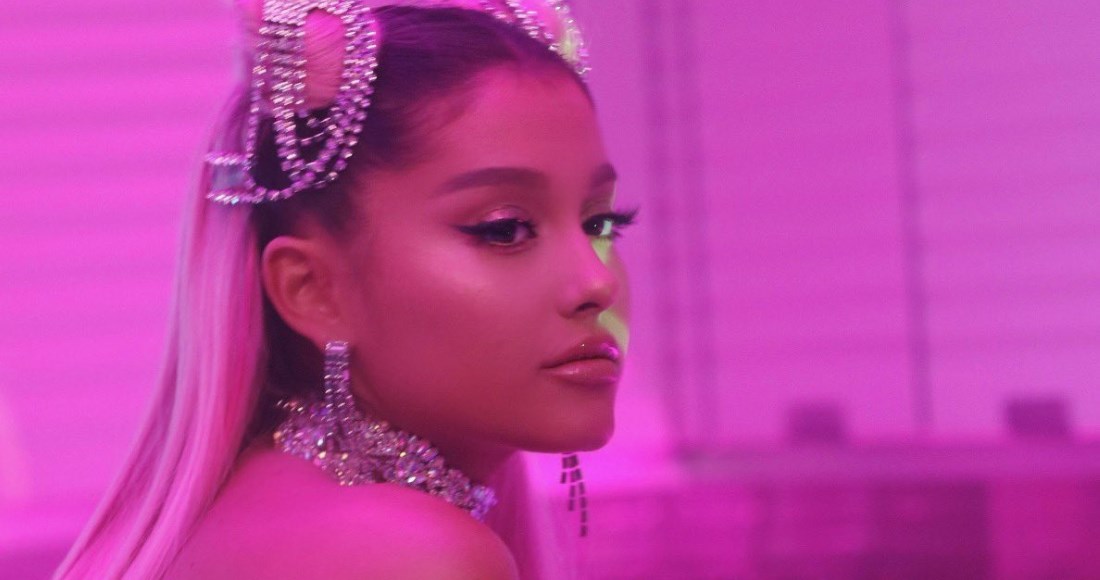 Ariana Grande is back at Number 1 on the Official Irish Singles Chart.

The track sets a new record for the highest number of streams in a single week – her 1.67 million audio and video plays beats the previous record of 1.22m set by Ed Sheeran’s Galway Girl in March 2017.

By hitting the top spot for the third time in nine months, Ariana becomes the first US female to claim three chart toppers in the space of a year since Lady Gaga scored a trio of Number 1s in 2009. The only other woman to achieve this since 2010 is Dua Lipa.

Lewis Capaldi’s Someone You Loved climbs again this week, lifting eight positions to Number 12. Jax Jones and Years & Years also reach a new peak with Play, gaining ground from 26 to this week’s Number 19.

Mabel makes an impact at Number 26 with Don’t Call Me Up, her highest placing to date as a lead artist, while Hozier collects his 11th Top 50 hit with Almost (Sweet Music) at Number 27.