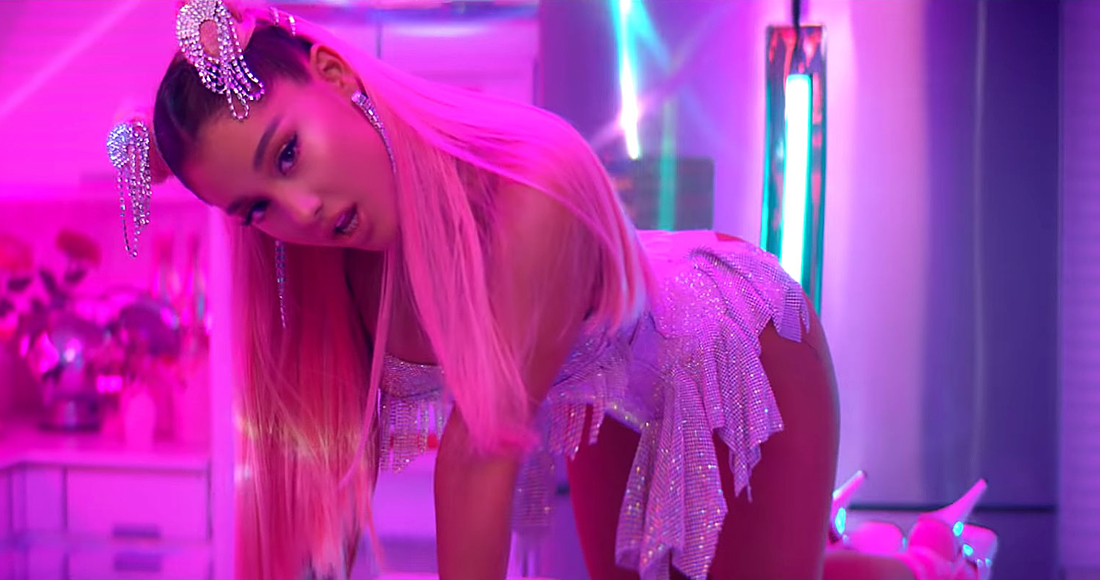 She wanted it, she got it! Ariana Grande lands straight in at Number 1 on this week’s Official Singles Chart with 7 Rings.

Grande’s latest release from her forthcoming album thank u, next (released Feb. 8) posts an opening week combined sales figure of 126,000, split between 15,000 downloads and 16.9 million streams, setting a new UK chart record for the most streams of a song in a week.

7 Rings is also Ariana’s biggest opening week for a single in the UK, surpassing 2014’s Problem, which tallied 113,000 combined sales in its first week.

It’s also the first single to achieve over 100,000 combined sales in a week since June 2017, when Artists For Grenfell’s Bridge Over Troubled Water landed at Number 1 with a week 1 figure of 170,000.

The star outperforms her closest competitor this week by almost double, with Ava Max’s Sweet But Psycho dropping a place to 2, while Sam Smith & Normani’s Dancing With A Stranger hops up one place to 3.

London singer Mabel narrowly misses out on the Top 10 but makes a strong debut nonetheless at 11 with Don’t Call Me Up, Hackney collective NSG hit a new peak with Options, up two to 12, and Someone You Loved by rising star Lewis Capaldi is shaping up to be his big breakthrough hit, zooming 16 places to 13.

Rounding off this week’s new entries is London rapper AJ Tracey, who takes out his third Top 40 appearance with Psych Out at 27.