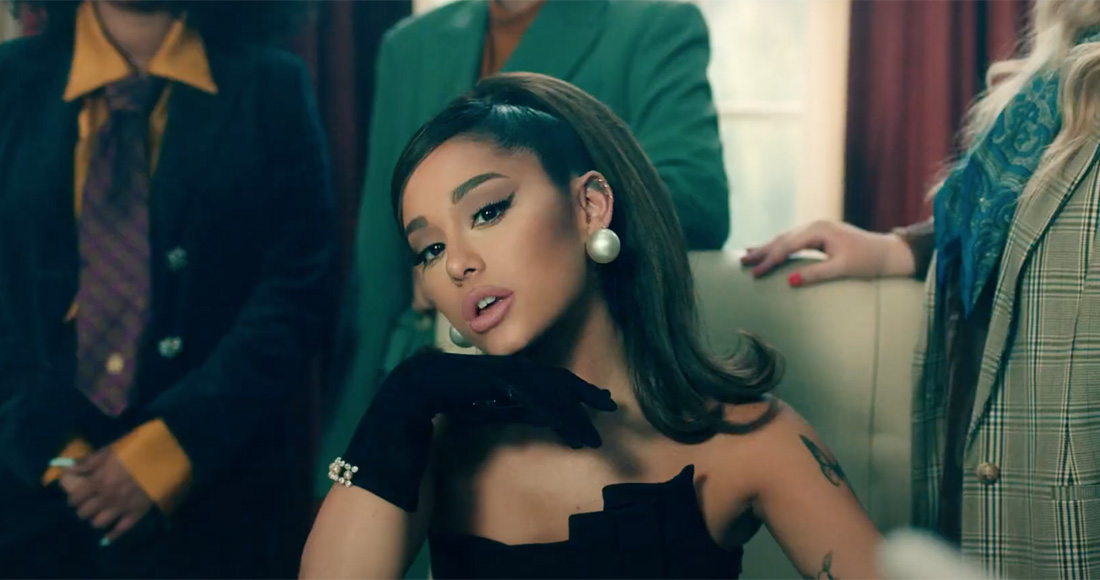 Positions – the lead single from her sixth album of the same name – racks up 61,000 chart sales, including 7.6 million streams, to land straight in at Number 1.

All seven of Ariana’s singles have debuted at Number 1 in the UK, meaning she extends her record with the most Number 1 single debuts by a female artist, surpassing Madonna, Britney Spears, Rihanna and Cheryl, who each have five chart-topping debuts. View Ariana Grande's Official UK Chart history here.

MORE: Acts with the most singles to debut at Number 1

Wes Nelson & Hardy Caprio’s See Nobody continues to reach new heights, up two places to Number 4, and Little Mix are new at Number 8 with Sweet Melody, earning the group a 16th Top 10 hit.

Further down, James Arthur’s Train Wreck – a track from his 2016 album Back From The Edge – vaults 45 places to make its Top 40 debut at Number 24. The track has seen a surge in popularity after going viral on TikTok.

Jax Jones’ latest single I Miss U ft. Au/Ra lifts nine places to Number 30, and two more new releases score a Top 40 debut: Central Cee’s Loading opens at Number 37, the West London rapper’s first ever chart appearance, and Bring Me The Horizon’s Teardrops bows at 39, earning the band a fourth Top 40 hit and their third of 2020.