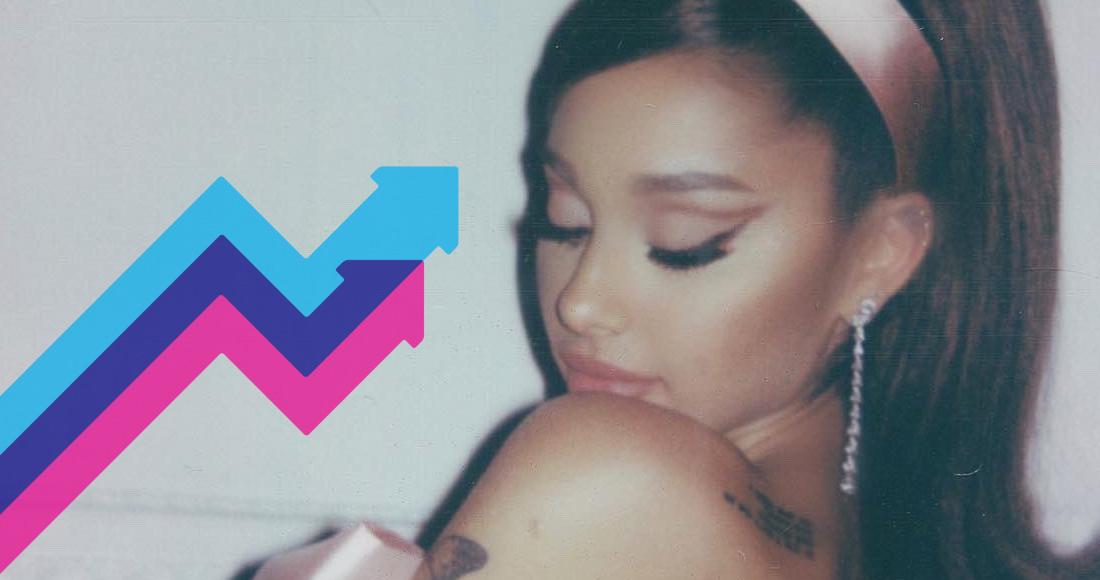 The two tracks from the album proving most popular are 34+35 and Motive ft. Doja Cat. Both have their sights set on a Top 10 debut on the Official Singles Chart: 34+35 is at Number 8 in the latest chart update, while Motive hovers at Number 13. Last week Ari scooped the UK's Official Number 1 single with the album's title track, which flew to Number 1 on its debut to become her seventh chart-topping track.

Other acts making an impact in the UK following the release of new albums include M Huncho & Nafe Smallz, who see Flooded and 5AM - from their collaborative mixtape DNA - both feature on the Trending Chart. Bring Me The Horizon's Babymetal collaboration Kingslayer from new EP Post Human: Survival Horror is off to a strong start, and Wizkid's Ginger ft. Burna Boy and Longtime ft. Skepta from his new album Made in Lagos.