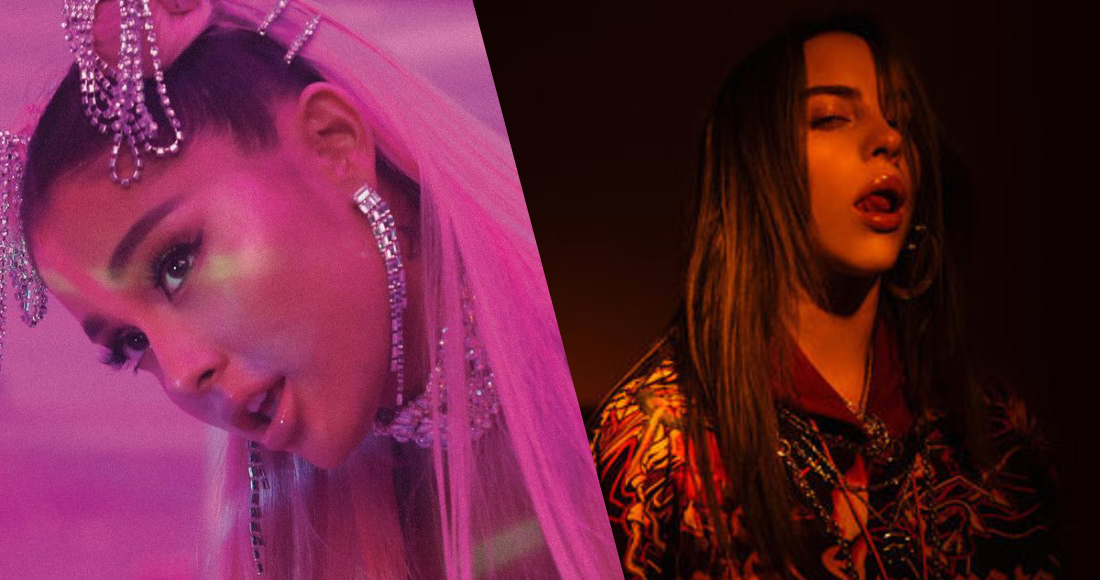 Rising star Billie Eilish claims this week’s highest new entry on the Official Singles Chart as her latest track Bury A Friend debuts inside the Top 10.

The song enters at Number 7 on the Top 40, the singer-songwriter’s highest charting track to date. Eilish first appeared on the Official Chart in May 2018 with Lovely ft. Khalid, which topped out at Number 47. Follow-up single When The Party’s Over marked her Top 40 debut, peaking at Number 21.

Bury A Friend heads up the Los Angeles singer’s debut album When We All Fall Asleep, Where Do We Go?, which will be released on March 29.

London singer Mabel continues to climb with her latest track Don’t Call Me Up, rising two places to Number 5 – her first Top 5 hit.

Further down, London rapper Fredo lands his fourth Top 40 single with All I Ever Wanted ft. Dave at 15, and Marshmello’s Happier with Bastille rebounds 28 places to Number 29 following his online concert in the video game Fortnite – reportedly the largest virtual concert ever.

Kehlani’s Nights Like This ft. Ty Dolla $ign leaps ten positions to a new peak at 30, and 21 Savage’s A Lot climbs 54 rungs to 36 boosted by the release of its emotional music video. Finally, Lauv and Troye Sivan’s I’m So Tired rises four places to break into the Top 40 at 39, marking Lauv’s first and Sivan’s fourth Top 40 appearances.