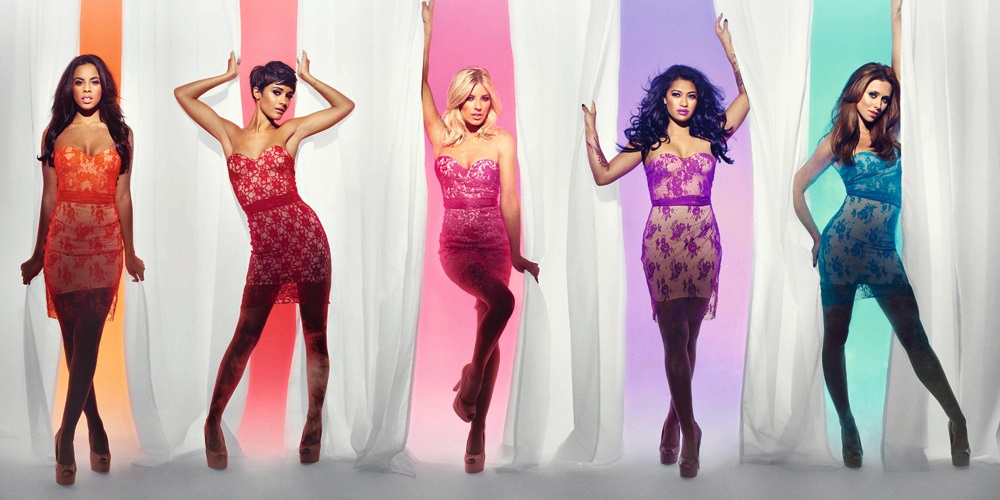 The Saturdays look set to score their first ever Official Number 1 single this weekend with What About Us? FT Sean Paul.

Always the bridesmaids, never the bride(s), could The Saturdays finally be heading for their first ever Official Number 1 single this weekend?

Since making their chart debut nearly five years ago, UK girl group The Saturdays have sold 3.6 million records, and clocked up no less than 11 Top 10 singles and three Top 40 albums.  Despite almost reaching the summit with 2009 singles Just Can’t Get Enough and Forever Is Over, both of which peaked at Number 2, The Saturdays have never landed the coveted Number 1 slot. However, this could all change on Sunday as their new dancehall-infused track What About Us? FT Sean Paul leads a clear charge on the Official Chart Update.

Mollie, Frankie, Vanessa, Rochelle and Una nowlook set to end Justin Timberlake‘s three week run at Number 1 on the Official Singles Chart with What About Us? currently outselling JT’s Mirrors (Number 2) by more than two copies to one at this halfway stage.

“We’d really love to get that Number 1,” Mollie King tells OfficialCharts.com. “But we’ve been really lucky to have had 11 Top 10 singles, to have gone on three tours and have travelled all over the world.”

What About Us? is taken from the group’s upcoming fourth album, out later this year.  The Saturdays have been busy in recent months filming a new E! series Chasing The Saturdays, following the band around Los Angeles as they set out to crack America.

Official Charts - The Saturdays - What About Us interview on MUZU.TV.

The remainder of the Official Singles Chart Update Top 5 stays static with P!nk’s Just Give Me A Reason FT Fun.’s Nate Ruess’ at Number 3, Bruno Mars’ When I Was Your Man (4) and Bastille’s Pompeii (5).

British DJ and producer Jakwob, who has previously worked with Ellie Goulding, Jessie J and Lily Allen, is new in at 31 with Fade FT Maiday, while 2010 Britain’s Got Talent finalists ReConnected are on course for their first Top 40 single this weekend thanks to a little help from Dragon’s Den star Duncan Bannatyne; the boyband’s new single One In A Million, which was released on Bannatyne’s RKA label, is at Number 32 today.

30 Seconds To Mars complete today’s new entries with new single Up In The Air debuting at Number 35 after just 24 hours on sale.

And finally, Paramore’s new single, Still Into You, climbs a massive 45 places to enter the Official Singles Chart Top 40 at Number 37. It’s the US band’s second Top 40 hit from their upcoming self-titled album which is out next month.