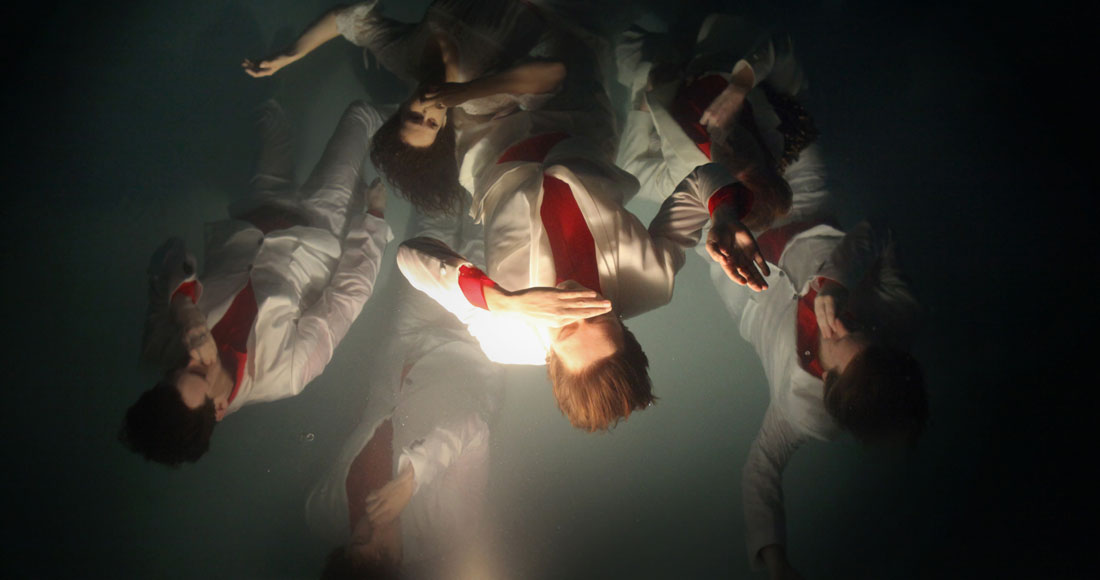 Arcade Fire will no doubt be celebrating this evening after their new album, Reflektor, has gone straight in at Number 1 on the UK’s Official Albums Chart.

The Canadian indie band’s fourth studio full-length has knocked Katy Perry’s Prism (Number 2) off the chart’s summit after just one week on top, and has outsold it by nearly two copies to one over the last seven days.

In addition to Arcade Fire’s Reflektor (Number 1) and Lorde’s Pure Heroine (4), there are six other new entries on this week’s Official Albums Chart Top 40.

Meanwhile, 2010 X Factor winner Matt Cardle narrowly misses out on his third consecutive Top 10 album, as his latest effort, Porcelain, enters at Number 11 today. Linkin Park debut one place behind him with their new remix album Recharged (12). The project sees the US metal band’s tracks reworked by the likes of Steve Aoki, Paul Van Dyk and Tom Swoon.

Paul Potts’ The Greatest Hits debuts at 21, spurred on by the cinema release of One Chance (the film based on the former Britain’s Got Talent star’s life which stars James Corden). This week’s new entries are completed by Chas & Dave’s That’s What Happens (25) and Boy George’s This Is What I Do (33).

Fresh from scooping the 2013 Mercury Music Prize on Wednesday night, James Blake sees his second album, Overgrown, rocket from outside the Top 200 to re-enter the Official Albums Chart at Number 23. The London-based singer / songwriter beat off tough competition from the likes of Arctic Monkeys, Jake Bugg and David Bowie to take home this year’s prize.