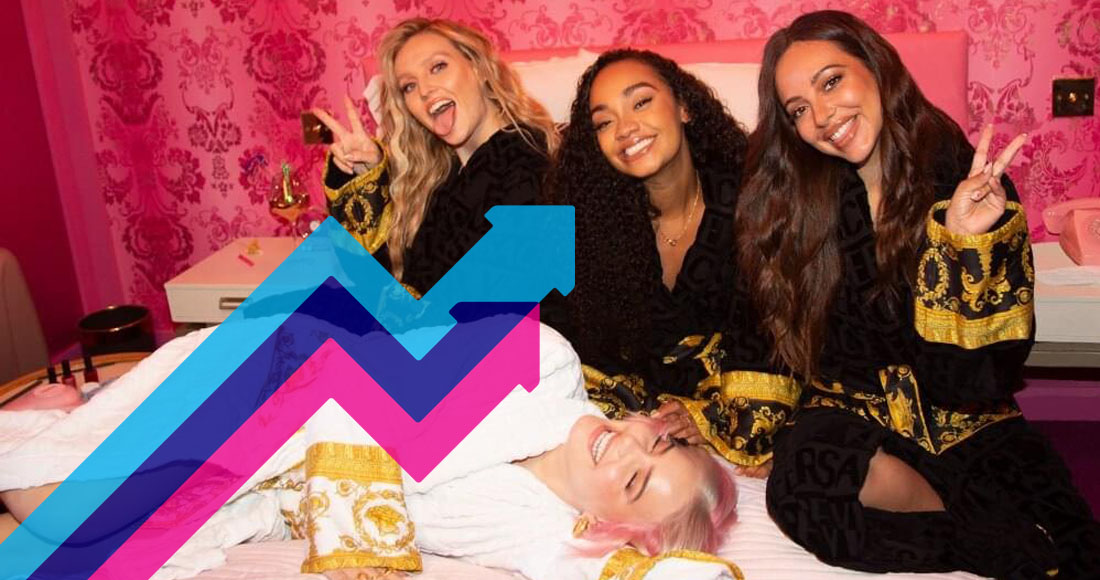 The rework of the song - released last Friday (August 27) - features Becky Hill, Raye and Stefflon Don, with each providing new verses on the Lumidee-sampling track.

The new version is helping to boost the song up the Official Singles Chart, currently set to enter the Top 10 for the first time this Friday, up six places to Number 8 in the latest sales flash. The climb coincides with the release of Little Mix's new single Love (Sweet Love) - the first spin-off from their upcoming greatest hits - this Friday (September 3).

If it holds its position, Kiss My (Uh Oh) will earn Anne-Marie her sixth Top 10 single, and Little Mix their 19th (and third this year).

Another remix is sending a song back up this week's Top 40 and Official Trending Chart this week - Butter by BTS, which has been reworked with Megan Thee Stallion. The new version arrives after it was reported that Megan filed a temporary restraining order against her label 1501 Certified Entertainment, stating that they were blocking her from appearing on the track.

Kanye West also appears in this week's trending Top 20 with songs from his new album Donda, which was released on Sunday (August 29) after several delays. 48 hours after its release, the record's most popular songs in the UK are Jail and Off The Grid. Both are on course to land in the Official Singles Chart Top 40 this week, alongside another album track, Hurricane.

Becky Hill also scores a new Trending Chart entry following the release of her debut album Only Honest At The Weekend. My Heart Goes (La Di Da) - a collaboration with German DJ Topic - is off to a strong start this week and is on course to become her 13th Top 40 single.