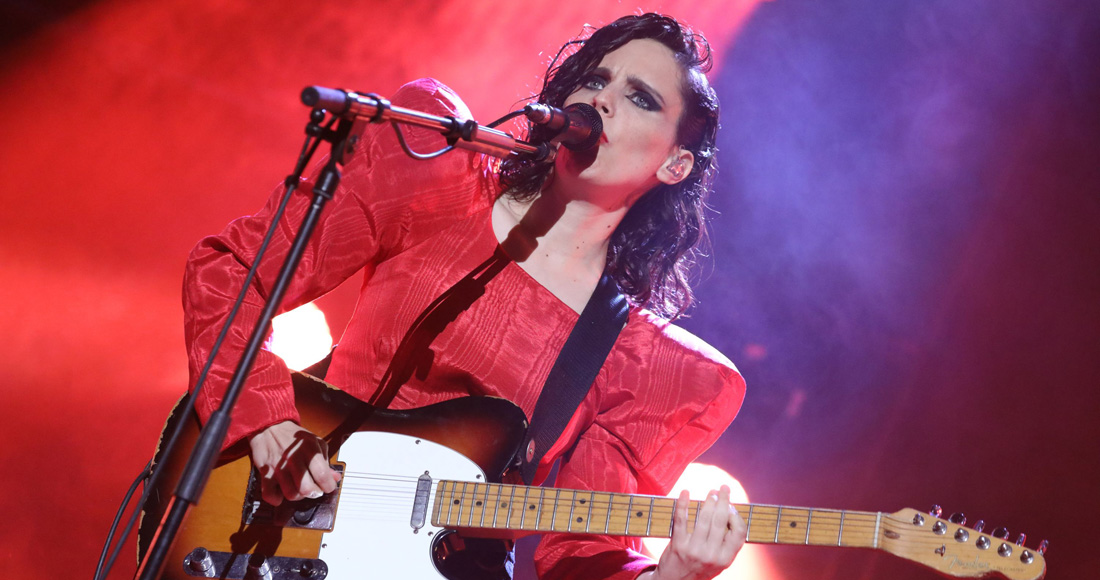 Anna Calvi has said she hopes to be an inspiration for aspiring female guitarists as she celebrates a win at this year's Q Awards in association with Absolute Radio.

The singer, songwriter and musician spoke to Official Charts as she was named the winner of the Fender Play Award at this year's Q Awards - a prize that celebrates an artist at the forefront of guitar music today.

"It's incredible for me because I started out as a guitarist before I was a singer," she said. "The guitar has always been a form of expression for me. It's something that I love doing so much and people seem to like the way I do it, which is really lovely."

Anna started learning guitar aged eight, taught by her dad on his electric guitar and inspired by footage of Jimi Hendrix and Woodstock. "He was just the coolest thing ever," she said of the guitar legend. "All I did was play guitar from then on."

Anna - whose three studio albums have all been shortlisted for the Mercury Prize, including her latest album Hunter - explained that the record has picked up a growing female following, something she hopes will inspire the next generation of guitarists.

"I was the only girl in my world who played the guitar," she recalled. "Which was strange, but I noticed a lot of the things I liked doing a child were supposedly meant for boys. I liked Skateboarding, climbing trees, playing football, guitar. It was confusing to me that they were supposedly boy things because I always found them fun.

"I feel that more young women have responded to this new record, which I'm really happy about. It's interesting to watch the audience change and grow. I think it's more specific to the experience - or my personal experience - of being a woman.

After scoring the music for the latest series of BBC's Peaky Blinders - a project she hopes to continue and described as "a great and very positive experience that pushed me to work to tight deadlines" - Anna revealed she is now looking ahead to her fourth studio album.

"I think it's important to remain excited by what you're playing," she explained. "Developing as a guitarist is so important and not just repeating yourself over and over again. I've tried to expand my palette with each record. I'm looking forward to seeing what that brings next."