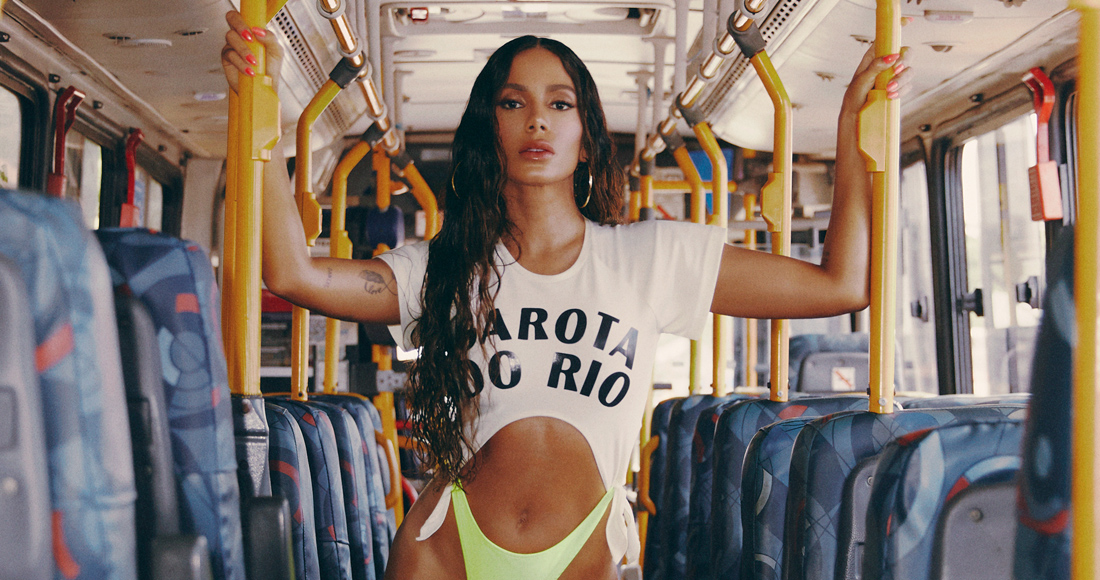 Hear that? It's the sound of artists revving up to unleash what they hope will be the song of summer 2021. And while we're not the betting sort, you'd be wise to keep an eye on Anitta.

The singer, songwriter and actress has spent the last ten years ruling Brazil as the country's biggest pop star, where she's racked up countless hits and embarked on stadium tours. She's also had a Netflix docuseries about her life, been named the Most Powerful Person in Brazil by Forbes Magazine,  and has collaborated with Madonna, Major Lazor, Rita Ora and Snoop Dogg.

A team-up with Cardi B on last year's Me Gusta saw Anitta dip her toe into international waters, but now she's jumping in with both feet on her new single Girl From Rio - her first English-language single - which is released this Friday (April 30).

Just found out I have another brother, same daddy but a different mother. pic.twitter.com/tIRW9Tf3Db

To introduce herself to a new audience, she's going back to the beginning: Girl From Rio is essentially the story of her life, from being raised in a favela to finding global fame. The whole thing is cleverly told over a highly infectious and instantly recognisable sample of The Girl From Ipanema, probably the most well-known Brazilian song of all time.

"Let me tell you about a different Rio, the one I'm from but not the one that you know," she sings over hip-swiveling latin-pop beats, before telling us about her "love affair" with from her homeland. The chorus, on which she celebrates the women of Rio who "don't look like models" with "tan lines, big curves" and an energy that glows, you will be able to recite before the song's closing bars.

In case it wasn't clear, Girl From Rio has big Song of the Summer energy. The track heads up her first multilingual album (English, Spanish and Portuguese), which is executive produced by OneRepublic's Ryan Tedder and follows later this year.

Update: Listen to Anitta's Girl From Rio below: