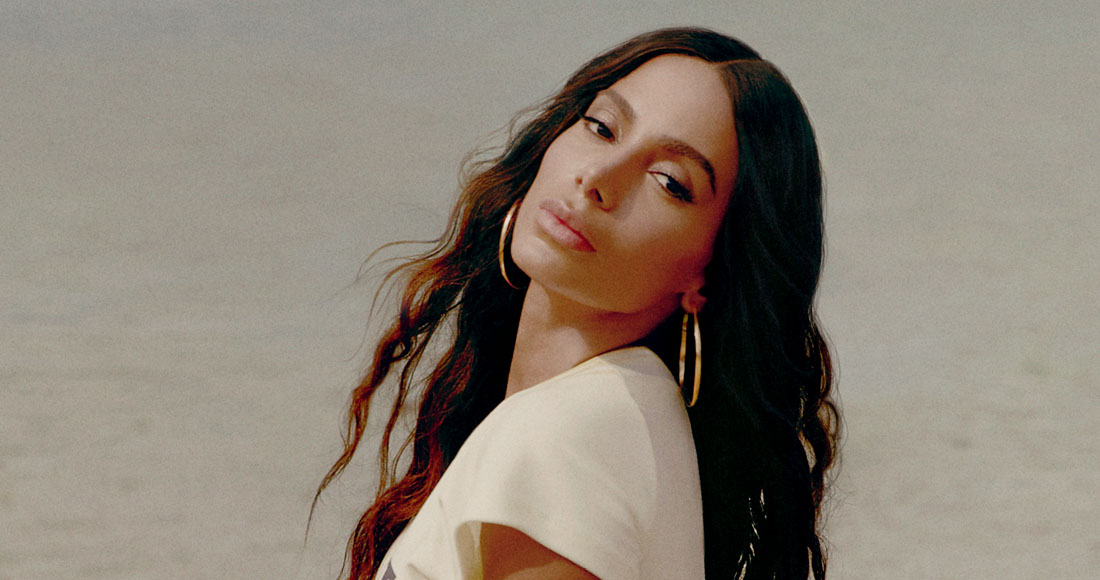 The past ten years have seen Rio-born Anitta rise up to become Brazil’s biggest pop star. She’s embarked on stadium tours, recorded with Madonna, Snoop Dogg and Rita Ora, and released a Netflix docuseries about her life called Vai Anitta (Go, Anitta). Her political influence in the country is such that she was named the most powerful person in Brazil by Forbes magazine.

Beyond her native Brazil - where she’s landed over 30 Top 40 hits - Anitta’s musical influence has been limited, but that looks set to change with her new album, her debut on Warner Reocrds and first to feature a raft of songs performed in English, due out later this year.

The album's lead single Girl From Rio is essentially an re-introduction to Anitta, from Rio favela to global fame, as well as an homage to the resilient and vibrant culture of her hometown. Her story is told over a familiar sample of The Girl From Ipanema and is produced by Stargate – a dream pairing and neat summary of how she plans to bring Brazil on the global pop stage.

“I’m so happy with it,” she tells us over the phone from Miami. “It feels like a good start for me with my English music. There’s more excitement for me with this as its bringing more of Brazil to the world.”

With so much success under her belt, did she feel like the only way to break outside of Brazil was by singing in English? "It’s my next step to open the communication and start the conversation to connecting people with me and what I do,” she says.

"It’s good to speak the language to start the conversation - then in the second moment I’ll introduce a bit more of my culture. If I come with a new rhythm, new culture, new artist in a different language, it’s too much information. I’m going part by part. I’m starting with what people can understand."

Your fans are very protective over you. Were you worried about their reaction to a full English-language track?

"The fans are so incredible. They want me to sing in Portuguese but they understand it’s a new era, a new time and moment for my career. Their support means a lot to me – we’re like a family."

For anyone new to your music, where should they start?

"Vai Malandra is a good place to start because it’s a Brazilian track and at the same time the music video brings this favela culture. Then Bola Rebola, because I sing a bit of Spanish and English. These two tracks definitely represent the kind of artist I am."

Pop hitmaker and OneRepublic frontman Ryan Tedder is executive producer on the new album; how did it work bringing a US artist in to the mix for this record?

“He’s picking the songs and helped put together the right producers, as well as producing a lot of the songs himself. He’s the person saying, ‘Oh, you should bring in Stargate – or work with those producers and that certain songwriter’. When he’s working on the tracks, he wants to bring a funk vibe and always wants to make sure the songs have the personality of Brazil and Rio. He’s so humble -  if I don’t think something sounds authentically Brazilian he brings someone in local to bring that flavour.

“We actually had the album ready before the pandemic, before this crazy thing started. Last February we were ready to go. We were going to go to Coachella and perform on the main stage. Then we needed to suddenly change the whole strategy.”

You have significant power and influence in Brazil, which people are judging your every move, music or otherwise. How do you handle the pressure?

“It’s a lot of pressure, you feel like you’re representing something and you want to represent it well, so you do the best job possible. I also catch myself thinking, oh my god, am I don’t it right? It’s a big theme, thinking about what’s the best way to communicate and do things right. I think we’re going about [this new album] in a very good way.

“Especially with the pandemic, we’re doing things on social media but we’re trying to work out the best way to communicate, because in Brazil the situation is still very bad. We don’t want people in Brazil to feel even more frustrated with how it is over there right now. We have to be careful, but I feel it’s working.

“In Brazil I started in the very small communities - after 10 years I can say I’ve experienced and learned a lot through this journey. I feel softer now – I was more pressured before and now I let things go a bit more, I’m more relaxed.”

After 10 years in music, are you still as hungry for success as you were in the beginning?

“I definitely don’t feel as hungry as before because I’m very satisfied with everything that’s happened in my life. Everything I ever dreamed about – getting to know Mariah Carey, singing with Snoop Dogg, doing a song with Pharrell, singing with Madonna, having a Top 10 song in the global charts – I’ve had all this, so of course I’m not as hungry.

“We have to enjoy the things we accomplish in life and feel happy about it. Numbers aren’t everything. If I spent my life focusing on numbers and depending on them to fulfil me I’d be running for something that is never enough – you can always have more. My mindset right now is more like be happy for what you have. I don’t feel like I’m missing anything in my career, I would be being unfair on myself if I said that.”

Your meeting with Mariah Carey was indeed an incredible moment.

“She was the reason I wanted to be a singer – the first I ever heard in my life. She was my Number 1 person – my queen! For this person to know who you are and know your work is unbelievable to me. That was real moment I still can’t believe it happened. She’s so humble, unique and special. Afterwards I was like, okay, I’m done now!”