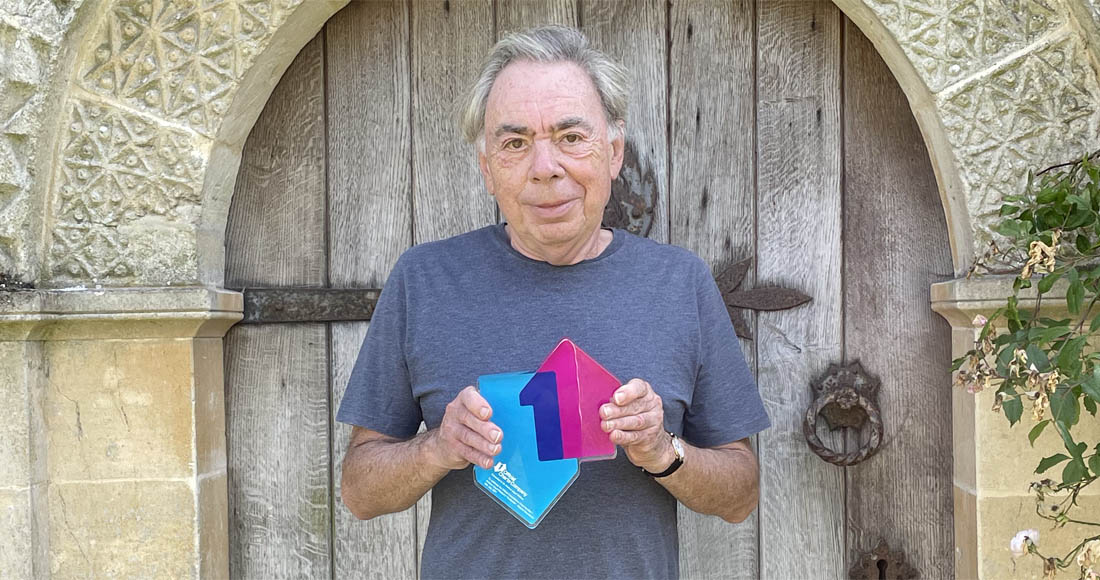 He SHALL go to the ball! Andrew Lloyd Webber’s glittering carriage awaits at the top of this week’s Official Compilations Chart as the soundtrack to his latest lockdown-penned musical ‘Cinderella’ debuts at Number 1 ahead of opening night.

The iconic composer becomes the newest recipient of the Official Charts Specialist Number 1 Award as the OST for his new West End musical, Cinderella, debuts atop this week’s Official Compilation Albums Chart just days before the show’s world premiere on 20 July at London’s Gillian Lynne Theatre.

Listen to Lloyd Webber discuss the making of the album in these challenging times below:

Speaking to OfficialCharts.com, Andrew Lloyd Webber said: “I am thrilled that the Cinderella album is Number 1. It was recorded in lockdown, mainly at home and long before the show was able to open.

"To see audiences finally loving the show and people listening to the album means a huge amount to me and all of the people who have worked so hard to bring Cinderella to the stage in the most difficult circumstances I have ever worked in. I hope to see you at the Gillian Lynne Theatre soon.”

Interestingly, the release of Cinderella also mirrors that of the project that first brought Lord Lloyd Webber into the public consciousness half a century ago; Jesus Christ Superstar. Much like Jesus Christ Superstar, Cinderella’s musical concept album has been recorded and released before its stage debut, exactly 50 years on.

Lord Lloyd Webber is one of the most celebrated modern British composers and has written the music for worldwide-renowned productions such as Cats, The Phantom of the Opera and Joseph and the Technicolour Dream Coat. His highest charting album to date is 1978’s Variations which peaked at Number 2 on the Official Albums Chart, see Andrew Lloyd Webber’s chart history.

The Specialist Number 1 Award is the newest addition to the Official Charts Number 1 Award family for 2021, celebrating 10 years of the coveted Number 1 Award. It was created to highlight the diverse range of music talent, and breadth of records finding success on the UK’s Official Specialist Charts - including vinyl, Afrobeats, indie, classical and more. View our full range of charts here.