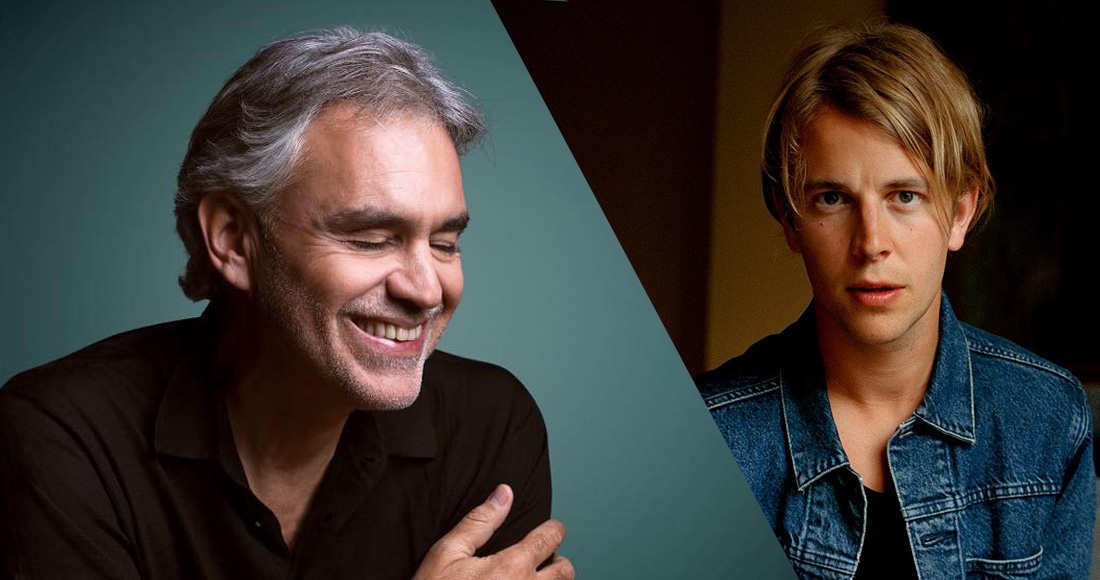 Andrea Bocelli is en-route to claiming his first ever UK Number 1 Album this week.

Si is the singer’s first album of original songs in 14 years and features collaborations with the likes of Ed Sheeran, Dua Lipa and Josh Groban.

The album has already gained a strong lead in the race to the top of the Official Albums Chart this Friday; if it keeps up this momentum it would be his eleventh UK Top 10 album, and his first ever Number 1.

The Italian star’s album is currently 2,500 combined sales ahead of its closest competition, fellow new entry Jubilee Road by Tom Odell, which is on its way to Number 2 on this week’s Official Albums Chart.

The Motion Picture Cast Recording of A Star Is Born is currently at 3 but could well catch up as the week progresses – it stands at only 500 combined units behind Tom Odell. Meanwhile, Queen’s Bohemian Rhapsody soundtrack has moved up a place to Number 4, and The Greatest Showman (5) is still aiming to keep a spot in the Top 5.

Following the release of the Bohemian Rhapsody film, Queen’s Platinum Collection has rocketed 27 and could land back in the Top 10 at Number 7 – it’s first appearance in the top tier since 2002. Their classic 1981 Greatest Hits album – the UK’s best-selling album of all time, zips up 53 places to Number 25.

Radiohead frontman Thom Yorke is on track for a Top 10 debut with the soundtrack for supernatural horror film Suspiria (8), and Culture Club & Boy George are close behind with Life (9), their first album for almost 20 years.

Robyn is looking sweet for Top 20 debut with Honey (12), while the Kingdom Choir – who shot to fame when they performed at the royal wedding earlier this year – open at Number 15 with Stand By Me. Tory Lanez could collect his third consecutive Top 20 debut with Love Me Now (19); Judie Tzuke, Beverley Craven and Julia Fordham are on track for the Top 40 with Woman to Woman (22); and Seth Lakeman’s The Well Worn Path is set to enter the chart at Number 24.

MORE: "One song changed everything for us": Karen Gibson on the Kingdom Choir's debut album Stand By Me

Further down, a 50th anniversary edition of The Kinks’ classic record Village Green Preservation Society starts at Number 25, singer-producer Joji is at 29 with Ballads 1, closely followed by the Struts with Young & Dangerous at 30. Julia Holter’s fifth album Aviary is new at 32, and Saturn from east London singer-songwriter Nao is at 34.

Rounding off the massive sixteen new releases on course to enter the Official Albums Chart Top 40 on Friday is folk-rock legend David Crosby with Here If You Listen (40). His last Top 40 entry was in 1972 with a self-titled collaborative collection with Graham Nash which peaked at Number 13.