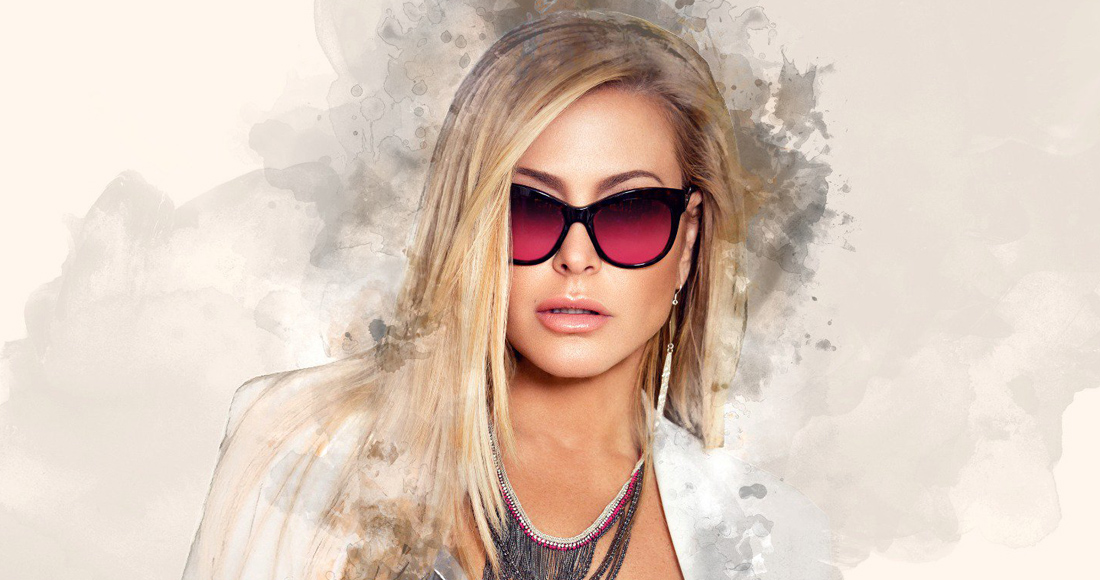 Things have been pretty busy on Planet Anastacia of late. In the past 12 months she's competed on Strictly Come Dancing, released a Top 10-charting greatest hits album and toured extensively across the UK and Europe.

Keeping the momentum going, she's releasing a new album this year, called Evolution. Its lead single, titled Caught In The Middle, is out this Friday (July 28), and we're happy to report that it's a classic Anastacia power anthem.

Say hello to my new album artwork 4 #Evolution available to pre-order on Friday with an instant download of my new single #CaughtInTheMiddle pic.twitter.com/9K8gjglOFl

"You've got me caught in the middle between my head and my heart" she sings on the chorus packed with blasting air drums and an ensemble of violins. There are also lyrics about having the "eye of the tiger, an un-ending fire" in the second verse, and clips of Bhangra music in the mix.

It's a fist-clencher. A mid-tempo banger. Basically, everything you'd want from an Anastacia single. It's out this Friday.

MORE: See where all of Anastacia's singles and albums have charted in the UK

Are you ready to hear #CaughtInTheMiddle ?! Available this Friday as an instant download when you pre-order my new album #Evolution pic.twitter.com/8zDOKXzzVt

MORE: Anastacia interview - "I don't go for the negative, I go for the reality"