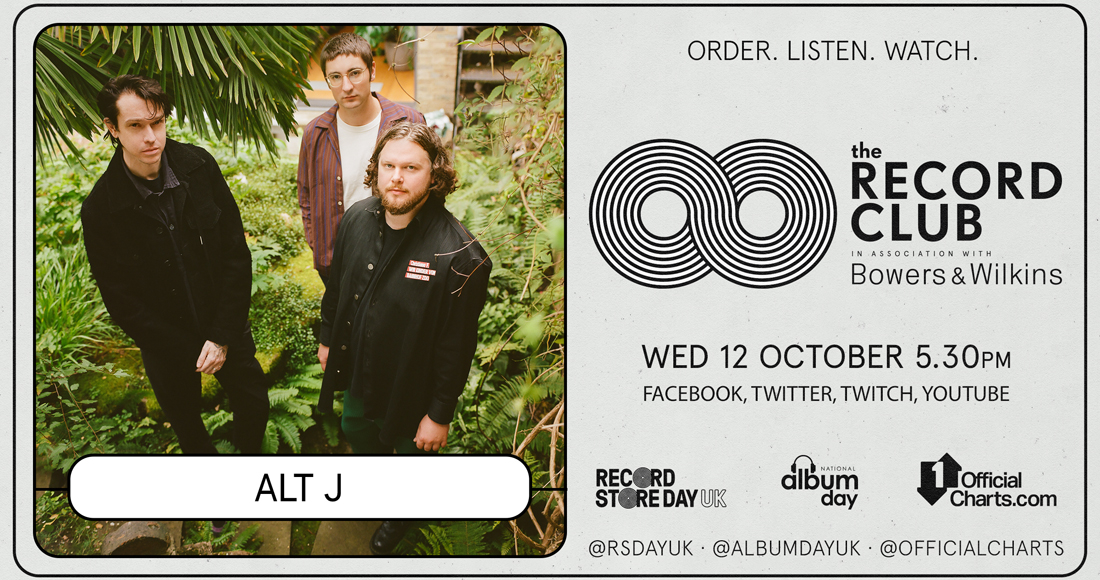 This week on The Record Club, Alt-J will join Jess Iszatt for a National Album Day Special.

The band will be discussing their Mercury Prize-winning debut album An Awesome Wave live on-stream from 5.30pm on Wednesday 12th October.

Fans are also encouraged to submit their own questions live on-stream in the chat boxes as we'll be putting the best ones to them live - and one lucky fan whose question is asked will win a pair of Bowers & Wilkins headphones.

Taking place on Saturday, 15 October, NAD 2022 celebrates Debut Albums - and ten years on from their own Mercury Prize-winning debut album, Alt-J are releasing a limited-edition pressing of the album for National Album Day.

Set your reminder here for The Record Club with Alt-J

Alt-J have had great success over the past decade, earning three Top 10 albums in the UK including a Number 1 with 2014's This Is All Yours. Their most recent album, 2022's The Dream reached Number 3 on its release in February.