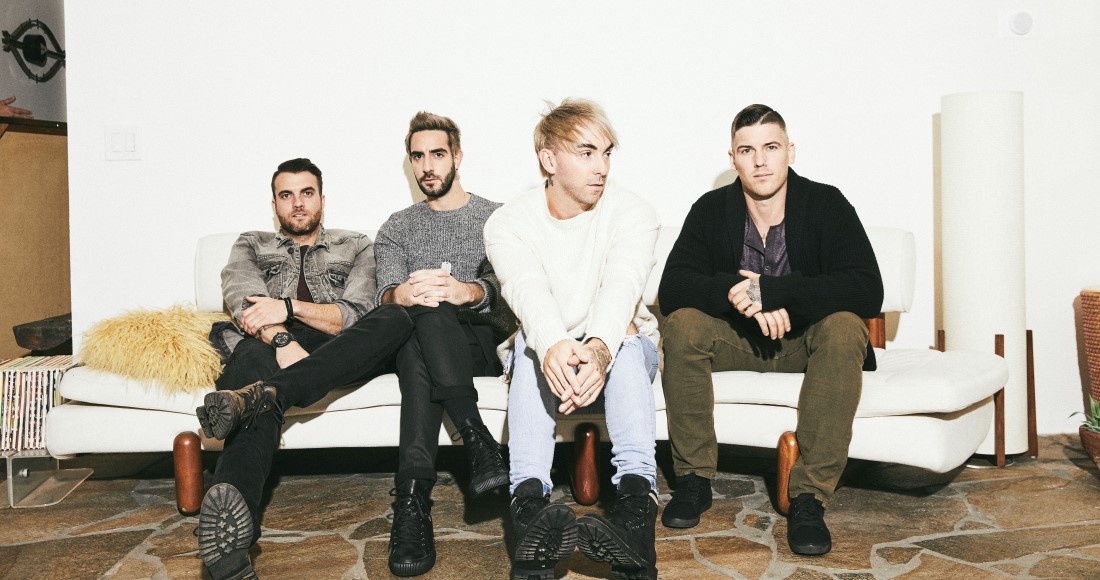 All Time Low have been a pop-punk staple for well over a decade now, forming in 2003 and releasing their first album The Party Scene in 2005. To date they've earned six Top 40 albums including a Number 1 with 2015’s Future Hearts. View All Time Low's full Official Chart history here.

Their eighth studio album Wake Up Sunshine was released on April 3, despite the early throes of a global pandemic making the musical landscape an uncertain place.

But for a band who clearly value their fanbase, the choice was easy. In an interview with OfficialCharts.com, frontman Alex Gaskarth revealed the band decided it was better to release on time to give their fans an escape, some "bright light", even if that affected their sales or chart positions.

The album initially debuted at Number 28, but following its release on CD and Vinyl, it’s set to become the band's fourth Top 10 collection. Watch frontman Alex Gaskarth discuss the album on our livestream series The Record Club below:

We thought it was about time to go through All Time Low's sizeable back catalogue and reveal their Top 10 biggest songs in the UK, based on sales and streams using Official Charts Company data. First, let's count down the Top 5:

Tearing up the radio, 2009's Lost In Stereo was the third single from the group’s third album, Nothing Personal. It’s their second-highest charting single peaking at 63, and has notched up 5.4 million streams since 2014. No doubt the lyric “Snakebite heart with a bubblegum smile” adorned many an MSN screen name following the song’s release.

At Number 4, Something’s Gotta Give was the lead single from the 2015 Number 1 album Future Hearts, and another huge banger from the group to introduce a brand new era. To date it's notched up 10.2 million audio and video streams in the UK. True to form, the video is a rollercoaster:

Another from Future Hearts, Kids In The Dark comes in at Number 3 but with their second-highest streaming count at 12.7 million listens. A fan favourite thanks to its rallying cry of hope for the misunderstood, it’s only out-performed by two iconic All Time Low tracks.

“Maybe it’s not my weekend, but it’s gonna be my year…” is a timeless mood, and never more relevant than today as 2020 continues to throw new challenges our way. Perhaps that's why Weightless comes in at Number 2 on All Time Low’s biggest songs in the UK, with 196,000 chart sales including 11.4 million streams.

Topping the list, of course, is Dear Maria, Count Me In. An emo kid anthem for the ages released in 2007, the song has 231,000 chart sales including 20.2 million streams in the UK. Dear Maria was the band's breakout song so unsurprising that it stood the test of time, offering people of a certain age a delicious rush of nostalgia when that first line hits.

All Time Low's Top 10 biggest songs on the Official Chart