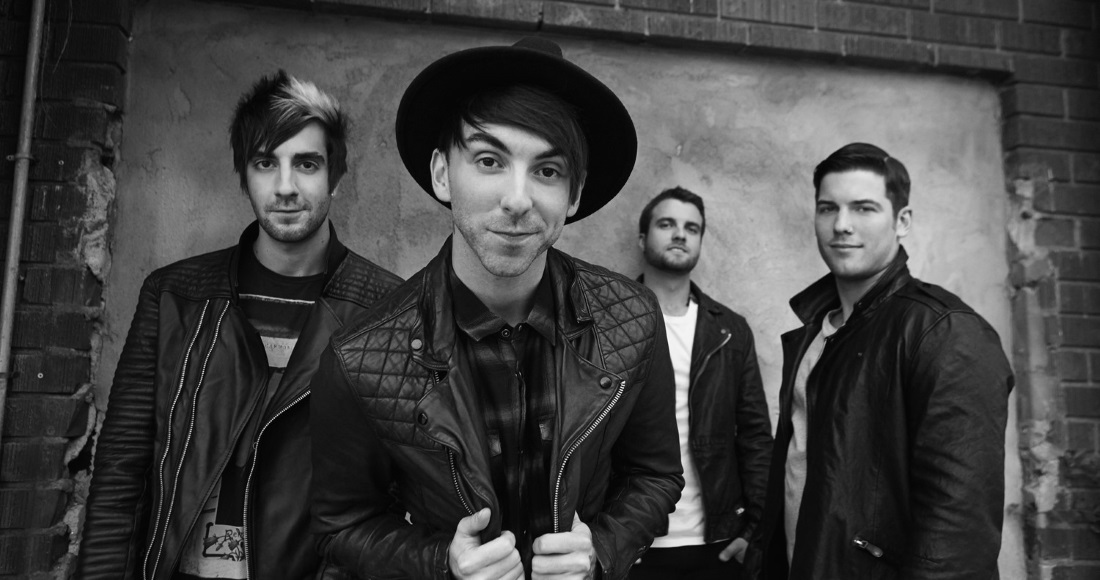 It was close, but US rockers All Time Low have scored an all-time high today as sixth album Future Hearts snares them their very first UK Number 1.

Talking to OfficialCharts.com, the band said: “This is a huge surprise! We didn’t expect this kind of reaction to the album and we couldn’t be happier. After so many years together, we never want to let our fans down, and this feels like a massive achievement on their part as much as ours.”

All Time Low closed out with over 19,400 chart sales this week, just 278 ahead of nearest rival James Bay.

With James Bay’s Chaos And The Calm in second place, Ed Sheeran’s x advances one place to Number 3, and Sam Smith’s debut In The Lonely Hour falls to Number 4.

Last week’s Number 1 from The Prodigy, The Day Is My Enemy, falls four places to complete this week’s Top 5.

Aside from All Time Low (1), there are nine albums breaking into the Top 40 this week.

Alt-rock trio Drenge are brand new at Number 14 with second album Undertow, while The Script leap 23 to places to Number 23 with No Sound Without Silence following their performance on last week’s final of The Voice.

Beach Boys’ singer Brian Wilson is a new entry with No Pier Pressure (25), and Imagine Dragons return to the Top 40 with Night Visions (27).

Also breaking back into the Top 40 is Ellie Goulding, whose sophomore album Halcyon rockets 54 places this week (34), and Neil Diamond’s All-Time Greatest Hits edges in too at Number 36.

Drake’s If You’re Reading This It’s Too Late is back up to 10 at Number 37, and Rebecca Ferguson’s Lady Sings The Blues advances four places (38). Michael Jackson’s classic album Thriller completes our new entries, landing at Number 39 this week.