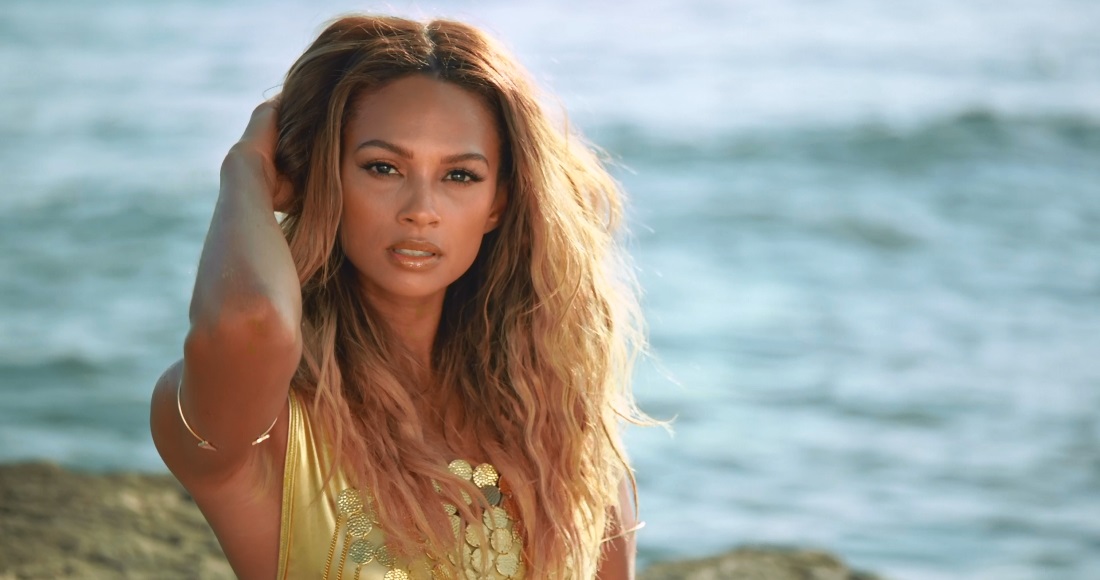 Alesha Dixon became a chart favourite back in 2001 as one third of girlband Mis-teeq. Since then, she’s scored 15 UK Top 40 singles (including seven as a solo artist) and now, three years after her last solo release, she’s back with new single The Way We Are.

We caught up with the women herself to talk new music, getting back on stage, and to find out if we can expect more of her infamous rapping skills in the near future...

Hi Alesha, it's been a while since we've seen you; how does it feel to be back?

It feels great! I feel back to myself again – I’m loving being back on stage. It just reminds me why I got into this business in the first place, purely for the love of music and that adrenaline rush that you get when you perform. Creating and writing music is the best job in the world.

Your new single The Way We Are is a summery feel-good tune; how did the song come about?

It was great, I went to Sweden and co-wrote the track with Alex James and Harry Sommerdahl produced it. I’ve written with them before - they’ve just got a good vibe and I love their sound. I said, ‘it’s summer now, I want something up-tempo and feel good’, and I wanted a really positive message. I feel like people should really celebrate who they are and not try and be something that they’re not. We’re all individuals and all different and I think that’s what makes us special and that’s really what the song is doing, its celebrating that.

Is there a new album on the way too?

Yes, the album’s called Do It For Love and I’ve been working on it since last August. I’m really pleased actually, it’s quite autobiographical and feel-good. I’m writing about things that I’ve experienced and just want to get off my chest. That’s the great thing about writing songs - I always think that songs are actually pre-written and you just have to go into the studio and download the lyrics from your head; your soul always has things it wants to get off it’s chest and songwriting’s the best way to do it.

Listen to an exclusive remix of The Way We Are by Stereo Lights Below:

Your performance of The Way We Are on Britain’s Got Talent included an epic rap verse; are you bringing MC Alesha back for this album?

I am! For such a long time I’ve had people asking if I’m gonna do that again. Putting it on the record felt really authentic and not too forced, it fits in really nicely with the style of music I’ve chosen. When I go home and play those tracks to my friends they’re like ‘Yes! That’s the you we love’. I know that’s a side of me that people remember from back in the day - it’s time to resurface the MC!

Was getting back into performing live a shock to the system or did you just snap back into it?

It’s like riding a bike. I’ve been doing this for 15 years now and even though I haven’t put a song out for a few years, I’ve not stopped performing or writing. It’s my normality so its second nature. I’m quite pragmatic about performing, I’m think ‘This is my job, it’s my job to go out there and entertain people and make sure they have a good show’, even though I’m the artist it’s not about me, it’s about the audience having a great time.

You’re releasing your new music through your own label Precious Stone Records, how is it different going it alone?

Making the record with no pressure and doing it all independently has been brilliant – it costs me a lot more money though! [Laughs] When a lot of artists are signed, they think the record company is paying for everything, but at the heart of it you’re paying for it. One of the things I’ve learnt over the years is that we all get into this business because we’re creative and we love music, but it is a business.

I feel like at this point, I’ve had ups, I’ve had downs, so why not just do it myself? This time I’m not doing it with the machine behind me making everyone feel like if you don’t hit certain targets it’s the end of the world. I’m just making an album that I love and I hope other people love it - I’ve got a much more light-hearted approach to the whole thing.

Does it feel like more of an achievement knowing you’ve been involved in every aspect of the process?

It’s definitely more rewarding starting from scratch by yourself and seeing the album come together. When the video is shown somewhere and I see Precious Stone Records at the end I’m like ‘wow!’ I feel like I’ve manifested it because I dreamed [about starting my own label] for such a long time. I was a little bit skeptical because I know the machine and the politics sometimes clouds the creative, but anytime I’m having a bad day or something’s really expensive, or your not getting playlisted on a radio station or whatever, I just think about my little girl and it refocuses me.

It’s just music! It should always be taken with a pinch of salt and that’s why I think I’m enjoying it more now than I ever have. I’m embracing doing it myself and all the challenges that come with that.

The Way We Are will be available in the UK on June 21.