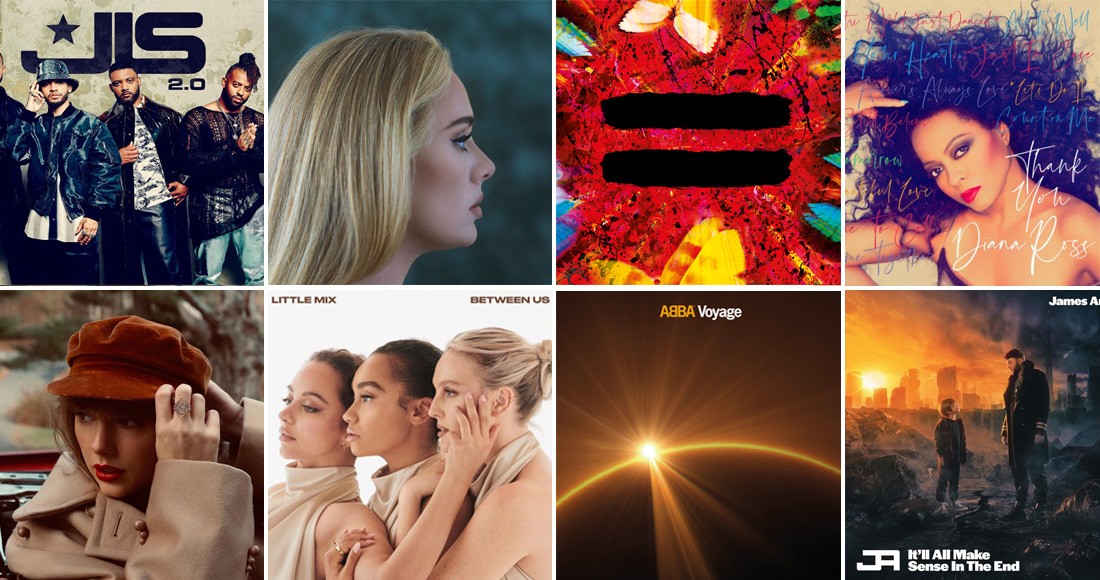 Below, check out Official Charts' calendar of upcoming album releases for 2021. Be sure to check back often for updates as new albums are announced each week.

James Arthur - It'll All Make Sense In The End

Little Mix - Between Us

The Wanted - Most Wanted: Greatest Hits

Gary Barlow - The Dream Of Christmas

Avril Lavigne
The Canadian singer-songwriter will release her seventh album this year, posting on Instagram that its lead single will be released in the summer.

Blink-182
Travis Barker confirmed on Instagram that the band will release a new album in 2021.

Brockhampton - TBA
The band will release what is potentially their final album together "before the end of the year," according to frontman Kevin Abstract.

Cardi B
Last August Cardi said in a US radio interview that she was plotting her next move after the global smash WAP, but was hesitant to give a release date until the pandemic is under control. "I have other projects coming out that doesn't involve music,” she said, “but when it comes to music I think I'm going to put out another single.”

Gwen Stefani
Gwen has confirmed her fifth studio album, saying the record is a return to her ska and reggae-influenced roots.

J Hus
The London rapper says he hopes to release his third album by August, and it will feature a mammoth 26 tracks.

Kendrick Lamar
Kendrick has kept relatively quiet about when fans can expect new music, but given he was due to headline last year’s Glastonbury and British Summertime Hyde Park, we wouldn’t be surprised if he dropped the follow-up to his critically acclaimed DAMN. this year.