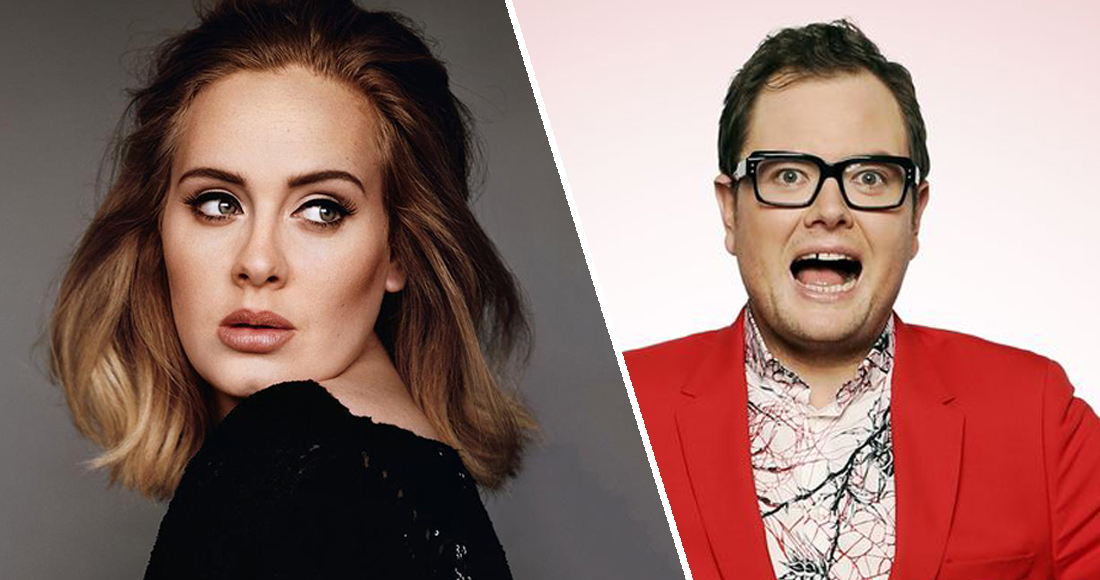 In an interview with Grazia, the comedian revealed he has heard some of Adele's new songs and revealed what fans can expect from her much-anticipated fourth album.

"I’ve actually heard some tracks on it [and] oh my god, it’s so amazing," he said.

“There are some people in the charts who sound a bit like Adele and you go, ‘Oh, they sound [like] Adele’ and then when you hear Adele’s voice again you go, ‘Oh no, there’s only one. There’s only one Adele."

Asked if Adele's voice had changed following her recent weight loss, he said: "No, no, no. She’s still got a chunky but funky voice, don’t worry."

Adele and Alan Carr have been close friends for years; in 2018 the singer officiated his wedding before flying them to Las Vegas to watch Celine Dion perform live.

Adele's fourth album was rumoured to be coming in September 2020 but was delayed due to the pandemic. "It isn't coming in September, it'll be ready when it's ready," she said. "Come on, it's 2020 – we ain't meant to get what we want!"

The star's last album 25 spent 13 weeks at Number 1 on the Official Albums Chart and is certified 12x Platinum, with 3.65 million UK chart sales. Check out the UK's Official Top 100 biggest albums of 2015 here.