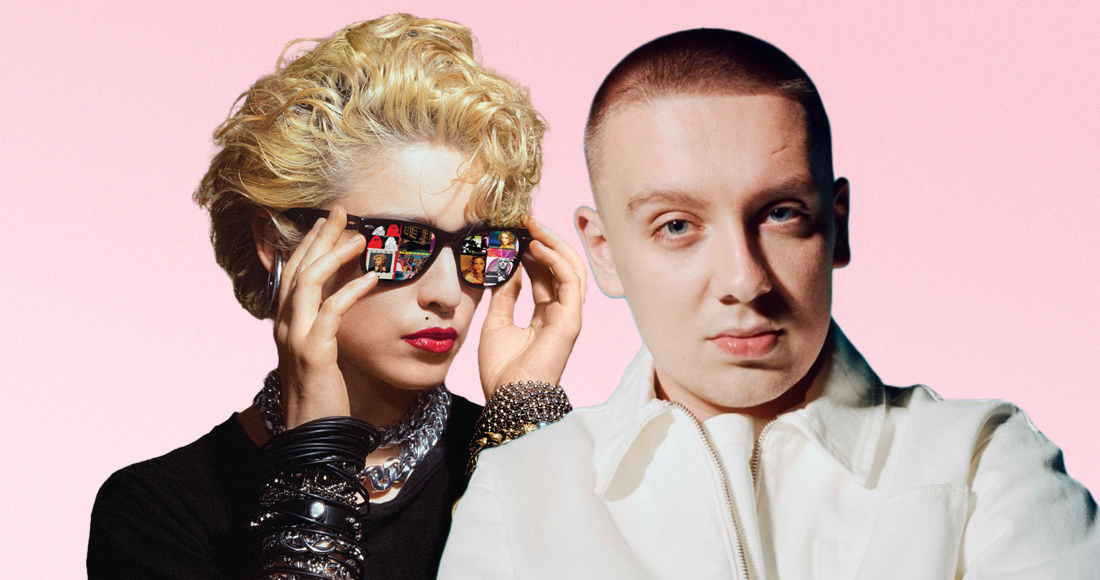 In a special mid-week sales flash, the Official Charts Company can confirm that the Official Albums Chart race is heating up, as Mancunian rapper Aitch looks set to overtake Madonna by tomorrow with his debut album, Close To Home.

Out of the three acts vying for Number 1 this week, Aitch by far has the strongest streaming numbers, and with these units only set to rise between now and Friday, Aitch, real name Harrison Armstrong, is expected to nudge ahead of Madonna overnight once more streaming data arrives in. This would put Aitch on track for his highest-peaking project in the UK following EPs Aitch2O (3) and Polaris (7).

But if Aitch wants to clinch his first-ever UK chart-topper, he will have to put in work over the next 24 hours, as British pop icons Steps retain the lead overall with their Platinum Collection, celebrating 25 years of the band.

If Faye, H, Lisa, Claire and Lee hold on, they will achieve their fourth UK chart-topping record, and first in 11 years. Discover Steps’ biggest-ever singles in the UK here.

In an exclusive interview with OfficialCharts.com last night, on the possibility of The Platinum Collection hitting Number 1, Steps member H said, “It would be so, so lovely [and it’s] such a benchmark moment in our career that we’re celebrating. We’ve given you so many new formats, and exclusives and behind-the-scenes footage […]if I was a Steps fan I would literally be wetting my pants right now!”

Queen of Pop Madonna has acknowledged the chart race currently underway, but has yet to comment. Because, you know, she’s Madonna.

The cut-off point for this week’s chart is midnight Thursday 25 August, so whoever you’re backing in this week’s race get behind them before then. The Number 1 album will be unveiled on BBC Radio 1’s Official Chart this Friday from 4pm, with the full Top 100 published on OfficialCharts.com from 5.45pm.