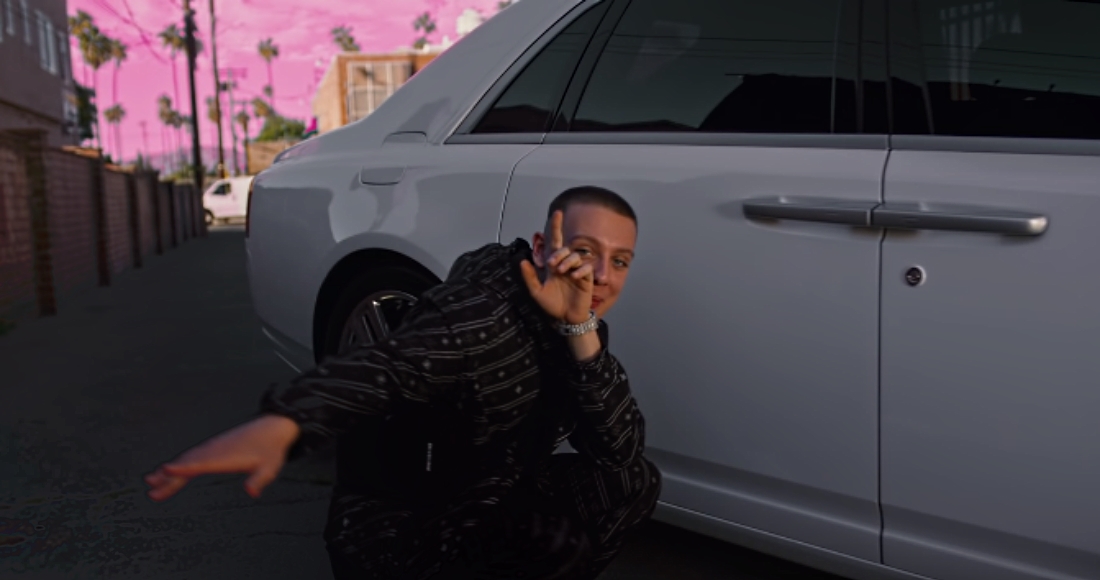 Could Aitch be heading for his 5th Top 10 single in less than a year?

Aitch and AJ Tracey join forces on their latest single 'Rain' with Memphis producer Tay Keith, and the trio look set for the highest new entry of the week. The piano-laden collaboration opens at Number 3 on today’s Official Chart First Look.

If Rain maintains its momentum through until Friday, it will be 20 year-old Manchester rapper Aitch’s fifth Top 10 single in less than a year, his first being a feature on Young T & Bugsey's Strike A Pose in June 2019, before breaking through as a lead artist two months later with the Number 2 single Taste (Make It Shake). See all of Aitch’s hits and where they charted.

Reigning chart topper The Weeknd is on track to secure fifth week at Number 1, while Saint Jhn is a non-mover in second place.

Big climbs are on the horizon for Dua Lipa and Tones & I – Dua’s 80's-inspired anthem Physical leaps five slots toward a potential new peak of Number 8 on Friday, while former Number 1 single from Tones & I, Dance Monkey, resurges six places to Number 13.

And finally, Sam Smith also jumps four spots to Number 19 after two days. To Die For previously peaked at Number 20 in its opening week.