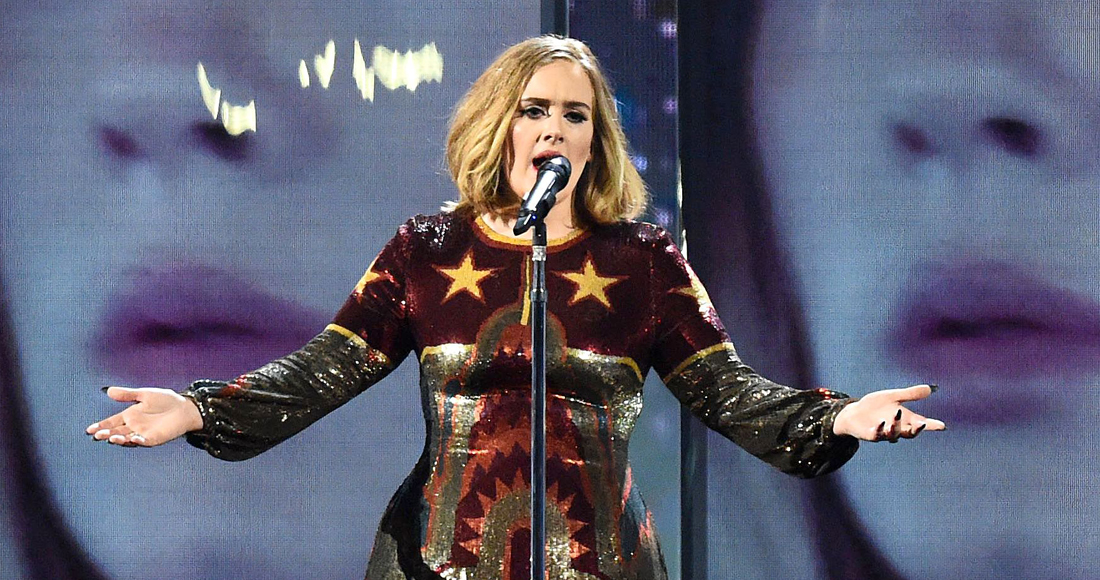 She looks like a movie, she sounds like a song, and she lives at Number 1. Adele's 25 makes a triumphant return to the top spot of the Official Albums Chart – its third stint at the summit, and its 10th non-consecutive week.

As her tour completes four sell-out nights in Manchester and she prepares to begin a week-long residency at London's O2 Arena, Adele's third album finishes way out in front this week – over two and half times the chart sales of her nearest rival.

Climbing four places to that runner-up position this week is Jess Glynne's I Cry When I Laugh, while Justin Bieber's Purpose holds steady at 3.

David Bowie's hits retrospective Best Of Bowie is a non-mover at 4, while Coldplay's A Head Full Of Dreams also stays firm at Number 5.

Kendrick Lamar scores a second Top 10 album with his surprise release Untitled Unmastered, new at Number 7, and London grime star Kano lands a new personal best on the Official Albums Chart – Made In The Manor gives him his very first Top 10, going straight in at 8.

Following reports she's taking some time out once her tour is over, Ellie Goulding's Delirium leaps 12 places to Number 12, and indie rockers The Coral are new at 13 with Distance Inbetween.